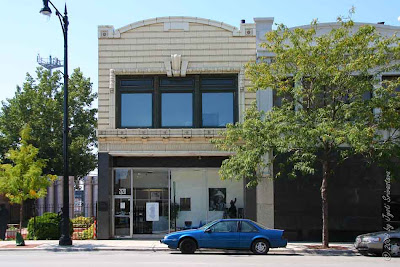 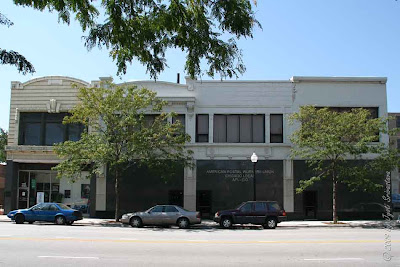 The plaque reads ...
Chicago Landmark
Chess Records Office and Studio ..
Horatio R. Wilson, architect
2120" is internationally known as the site of some of the world's most influential Blues and Rock n' Roll music recordings, including "Johnny B. Goode," "Rescue Me," and "Red Rooster." Between 1957 and 1967, brothers Leonard and Phil Chess made this modest facility the creative home for such artists as Muddy Waters, Willie Dixon, Howlin' Wolf, Sonny Boy Williamson, and Chuck Berry. Many of these musicians were southern-born African-Americans who had come to Chicago in the wake of the "great migration" of the early- and mid-20th century. The notoriety of Chess Records inspired other musicians including the Rolling Stones and the Yardbirds, to record here in the mid-1960s. The building was redisgned for Chess by John S. Townsend, Jr. and Jack S. Weiner ..
Designated on May 16, 1990
Richrad M. Daley, Mayor
Commission on Chicago Landmarks.."

*The Rolling Stones recorded the song "I Can’t Get No Satisfaction" here ..

The Commission on Chicago Landmarks, has largely been concerned with the protection of structures of architectural interest .. There are very few cultural icons that have been designated as landmark .. The "Chess Record Office and Studio" building is such an exception. Architecturally it's hardly impressive, but culturally, it has an important place in the musical tradition of the city.

Chief among the Blues greats who worked here was Willie Dixon, prolific songwriter, producer and bassist. In his later years, he founded the Blues Heaven Foundation to protect Blues artists of the past and inspire future generations with the straightforward power of the Blues tradition. His widow, Marie Dixon, and other Foundation donors, restored this modest building and opened it to the public in 1997, but more restoration works is needed to fully re-capture the heart and look of its 1950’s and 60’s heyday.
The Blues Heaven Foundation now operates this building.
Next to the building is "Willie Dixon's Blues Garden" .. 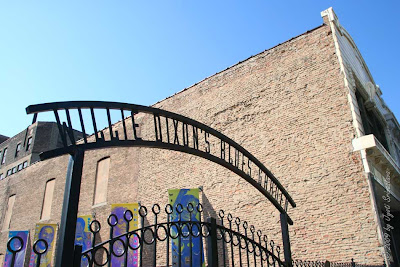 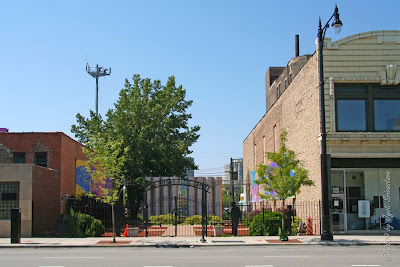