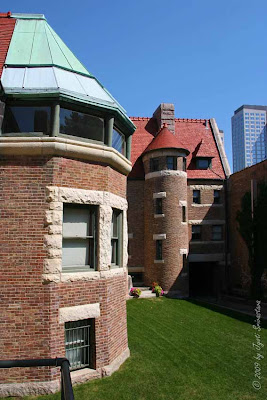 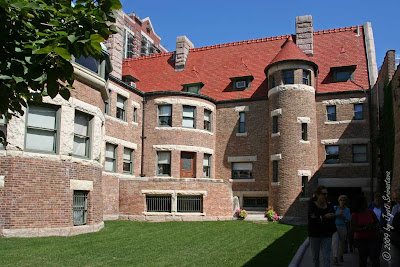 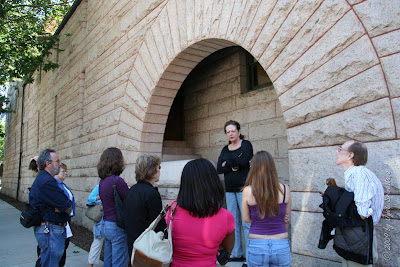 I had long wanted to see the Glessner House, and finally yesterday, I could make a trip. It was a guided tour to two of Chicago Landmarks, that exisits in close proximity in the Prairie Avenue Historic District .. Glessner House and the Clarke House .. Incidentally Wednesday was a free admission day!

In 1885 John and Frances Glessner purchased land in the Prairie Avenue, "the sunny street of the sifted few". Prairie Avenue was home to many Chicago rich-n-famous like Marshall Field, Phillip Armour and George Pullman. Glessner hired Boston based architect Henry Hobson Richardson to design his home which resulted in this imposing mansion completed in 1887 ... 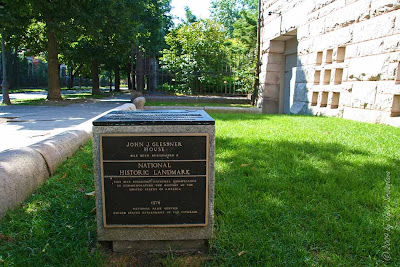