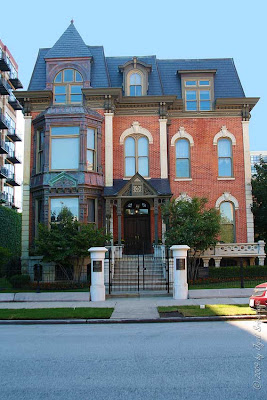 Originally built in 1870, a year before the Great Chicago Fire of 1871 [the fire bypassed this area] .. it is one of the last remaining stately mansions built on the city's Near South Side ... The residence was among one of the earliest constructed in the South Prairie Avenue neighborhood [Prairie Avenue District], home to Chicago's early industrial barons, often referred to as "Chicago's first Gold Coast" ..

In the late 1870's the Near South Side area neighborhoods began to develop as a home for Chicago's rich-n-famous. A successful banker and President of The Chicago Board of Trade, Calvin T. Wheeler, commissioned a local architect, Otis Wheelock to build his house. He built this ornate mansion which was inspired by French architecture of the 19th century. It reflects the opulence during the late 1800's.

In 1874, Mr. Wheeler sold the house to Joseph Kohn, a successful clothing wholesaler. It remained their residence for thirty-four more years before the area became more industrial and the building was sold.

However, the use for industrial purposes proved detrimental to the building. It was bought by a publishing company that used the property as production grounds for their printed books and religious tracts. Years later, in 1944, the Murphy Butter and Egg Company bought the property and used the home as a distribution warehouse. They removed many of the walls and altered the interior of the mansion. In 1997, just when the property was supposed to be torn down into a parking lot, it was purchased by Historic Real Estate, Inc. After two years of intense restoration, the elegance of the Wheeler-Kohn Mansion was restored.

Finally in 1997, just as the property lay abandoned to be torn down into a parking lot, it was purchased by Historic Real Estate, Inc. as a result of a tour of the historic Prairie Preservation District. After two years of intense restoration and working with The City of Chicago, The Wheeler Mansion opened in all of it's new but reflective elegant glory in 1999.

Now the Wheeler Kohn Mansion serves as a Bread-&-Breakfast .. 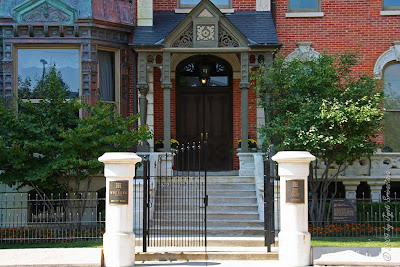 The plaque reads ..
"Chicago Landmark
Wheeler-Kohn House
Otis L. Wheelock, architect
1870
A rare surviver of the stately mansions built on the Near South Side, prior to the Great Chicago Fire of 1871, this also ranks as one of the city's best examples of Second Empire architecture. Built by banker Calvin Wheeler, it was remodeled in the mid-1880's by clothier Joseph Kohn, who added the window bay and elaborate front-porch in order to compete with the newer mansions on nearby Prairie Avenue.
Designated on Feburary5, 1998
Richard M. Daley, Mayor
Commission on Chicago Landmarks " .. 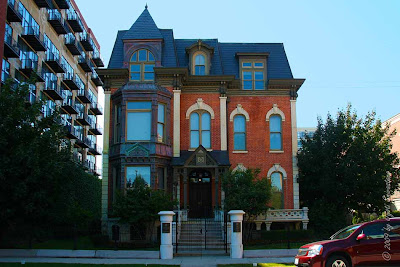 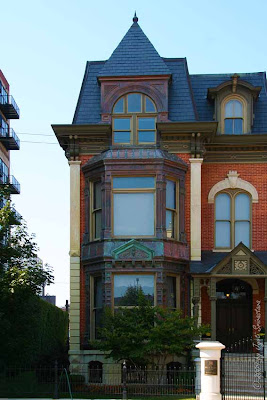 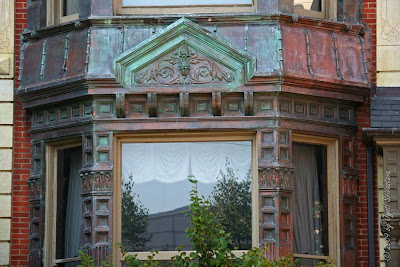 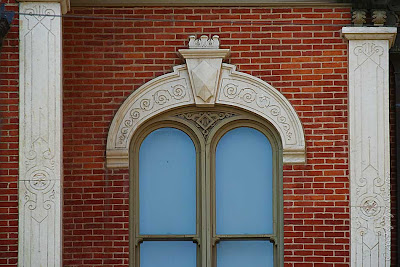 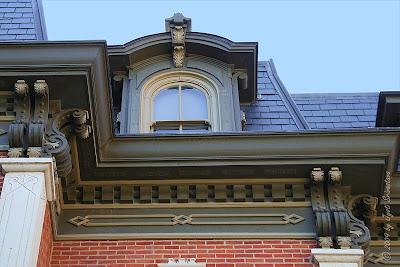 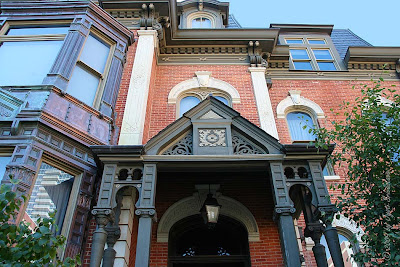 For more on the nearby ..
The Prairie Avenue Historic District .. click here ...