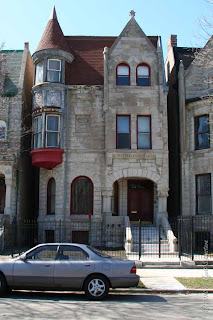 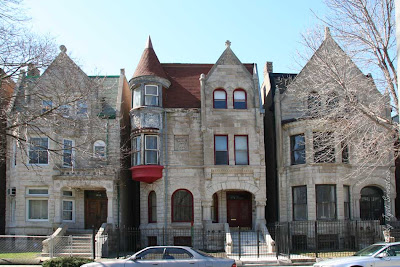 From 1919 to 1930, this was the home of journalist-civil rights activist Ida Bell Wells and her lawyer-journalist husband, Ferdinand Lee Barnett.

Chicago Tribute..
"We refuse to believe this country , so powerful to defend its citizens abroad, is unable to protect it's citizens here.."

Born a slave in Mississippi, Wells became a teacher at the age 14. She was dismissed in 1891 for protesting segregation. In her 20's, she began writing for the Weekly Memphis Free Speech, focusing on social issues. Her column soon appeared in Negro newspapers across the country.

In 1893, Wells came to Chicago to report on the lack of African American representation at the World's Columbian Exposition. She moved here and in 1895, married Ferdinand Lee Barnett, founder of Chicago's first black newspaper, the Conservator. That same year, she published A Red Record, the first statistical report on lynching, and she lectured on the topic throughout the United States and the world.

Wells was a founder of several national organizations, including National Association for Advancement of Colored People [NAACP] in 1909, the Negro Fellowship in 1910, and the national first woman's suffrage organization. Locally, Wells helped open the first kindergarten in Chicago's black community.

This type of turret looks like an architectural afterthought that stands out like a sore thumb, yet they are an interesting curiosity that give the building an appealing and unique character.

doing a project on ida b wells and this information helps