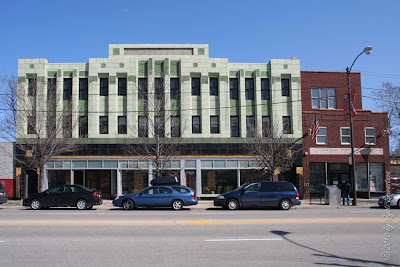 The Chicago Bee newspaper was founded by noted African-American entrepreneur Anthony Overton. This Art Deco-style building was constructed as the headquarters for the Chicago Bee newspaper. It originally featured upper-floor apartments. During the 1930's, it housed the offices of the Douglass National Bank and the Overton Hygienic Company, a nationally known cosmetics firm. The newspaper went out of business in the 1940s, although Overton Hygienic continued until the early 1980s. In the mid-1990's, the building was adapted for reuse as a branch of the Chicago Public Library. It is one of nine structures in the Black Metropolis-Bronzeville Historic District. 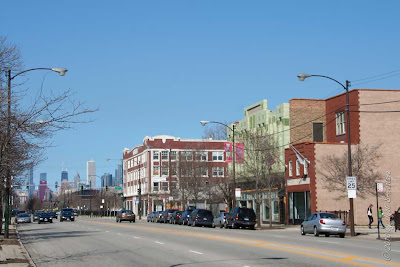