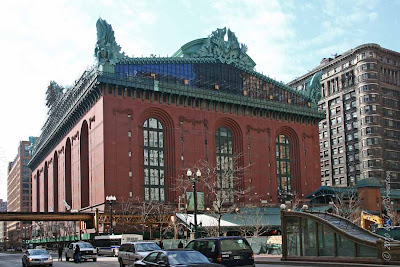 Harold Washington Library..
Address: 400 S. State Street, Chicago, IL 60605 ..
Completed: 1991
Architect: Thomas Beeby of Hammond, Beeby and Babka Inc.
The monumental building, occupies an entire city block. The axial symmetry, typifies Beaux Arts, although it is a post-modern building, with a glass and aluminum pedimented attic.
The library is named after late Mayor Harold Washington, the Chicago's first African American mayor, Harold Washington [aka "the people's mayor"] who had been a strong advocate for the new building. 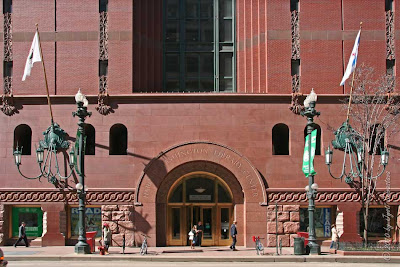 The facade has some interesting ornamentation with Ceres [Roman Goddess of agriculture], the Windy City Man and the Y-symbol inscribed on the walls.. 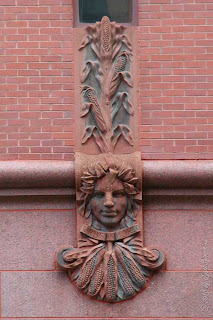 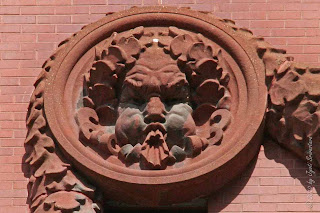 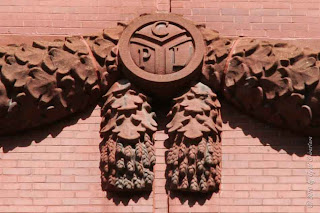 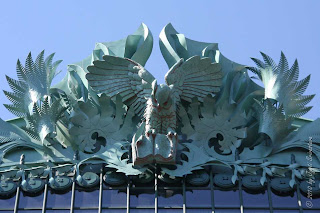 Seven large sculptures can be seen on the roof, featuring several representations of the bird owl, a bird associated with Minerva, the goddess of wisdom, knowlegde and learning..
# For more..click here.. 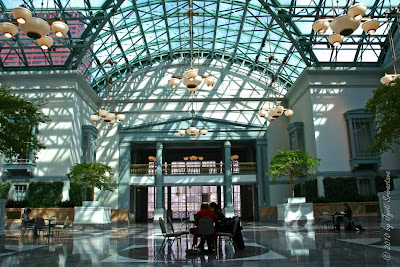 The top floor has a huge atrium. The glass-roof on the top floor, provides for a beautiful sunlit place to read and perhaps the only place inside the library where photography is allowed..

I get a little sad every time I see this building.

Chicago used to be a city whose architecture was about celebrating the future, not faking the past.

I LOVE this library! I can spend all day long in it. It has so much to do and see. A world class library for a world class city. Thanks for the pics!

A world class library for a world class city! I love this library and can spend all day in it! Thanks for the pics!

Fabulous library! Outrageous collection of books, etc. I live out of state, but whenever I visit my friends in Chi-Town, I make sure to block out one day to spend at this library. You need a whole day to truly experience it. And it is so regal, not a typical library. More like a castle/museum. Truly awesome!

Sensational building. Didn't think they could build them like this anymore. With so much "superstar" architecture going up these days this blast from the past shows us that "People's architecture" is still possible.

Hi, I'm a Chicagoan but retired to
P.R. When the "City Fathers"
chose this design I was shocked Chicago with it's well deserved reputation as a leader in urban architecture chose to mimic a 19thc. French structure.??
I still shake my head in disappointment,to this day. However forgetting the facade, the library is without a doubt a "GRAND IDEA", and a real "curio" for us architecture buffs. Jim