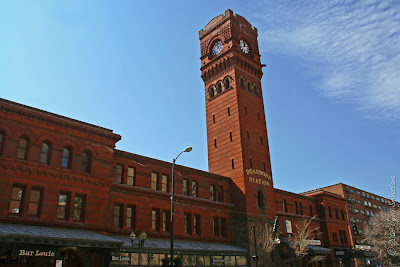 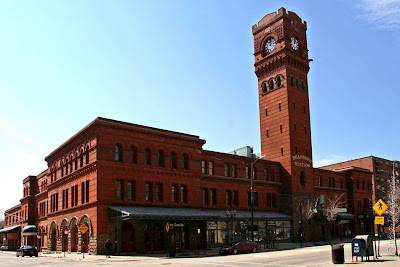 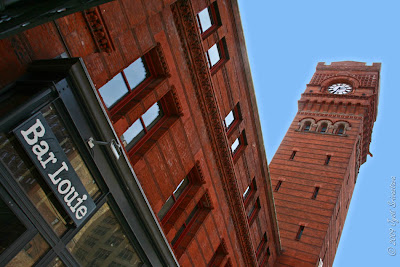 The Station, originally completed in 1885, with its 12-story Romanesque clock tower can be seen from many blocks away. Its walls, hand made of red pressed brick and pink granite gave a strong personality-built during a time when U.S. railroads were powerful and sought to confirm their economic might by creating structures in the neo-classic style.

As the railroads declined in importance, passenger traffic diminished and operations ceased at this terminal in 1971.

After years of neglect, the station began a new life in the mid-1980s as a commercial center, enhancing the surrounding revitalizing community. It is one of the oldest railroad stations in the U.S. and the last remaining of Chicago's early downtown stations. Its designer was a noted New York architect. 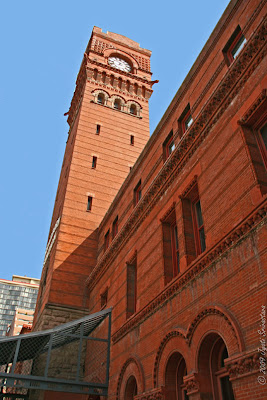 In 1924, the roof, upper floor and attic of the Station completey destroyed by fire started in the Tower. Santa Fe architects and engineers rapidly reconstruct the damaged floors.

In 1925, stores and tenement buildings on the West side of State Street demolished to make way for the timber canopy and platform to be used by the U.S. Mail Service. 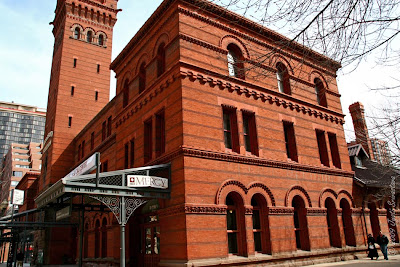 By 1971, Passenger Railroad Industry diminishes due to expansion of the U.S. Expressway System and the Airline Industry ... and by 1985, Dearborn Station closes to passenger service, building is used mostly as offices for Railroad.

By 1995, The Dearborn Station reopens as a combined office/retail facility and urban marketplace with over 120,000 square feet of leasable space. In all its glory Dearborn Station once again emerges as the focal point for Chicago's South Loop Neighborhood and Chicago's Historical Printer's Row District. 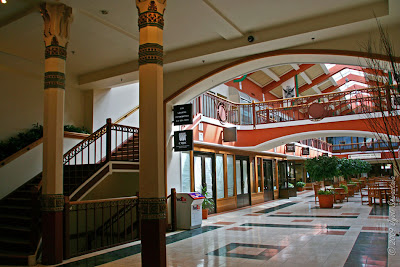 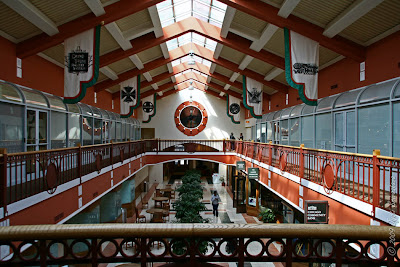 The above two images gives an idea of the beautiful interiors and the steps seen below takes one up an down the tower ... 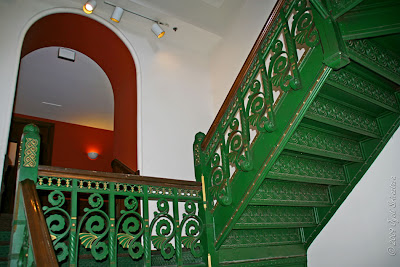 Great pictures! I've never been to Chicago and am hoping to visit sometime next year to see all of the great architecture there.

Wonderful photos of Chicago's beautiful and large architecture! I live in Baltimore with it's own distinct architectural style but nothing beats Chicago's for biggness, simplicity and function.