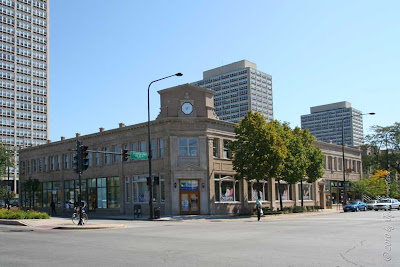 This was the longtime headquarters of the first African-American owned and operated insurance company in the northern United States. Founded in 1919 by Frank L. Gillespie [as the Liberty Life Insurance Company], the firm moved in 1921 into the second floor of this building, which had been constructed by the Roosevelt State Bank. Liberty Life bought the entire structure in 1924 and, in 1929, merged with two out-of-state firms to form the Supreme Life Insurance Company of America. In 1950, after becoming one of the few major businesses of "Black Metropolis" to survive the Great Depression, the company modernized the building by covering the original classical-style facade with porcelain-metal panels. It is one of nine structures in the Black Metropolis-Bronzeville Historic District..
Posted by Jyoti at 3/22/2010 04:15:00 AM

i am only looking at this for homwork

My dad, born and raised in New Orleans, moved to and worked in Chicago during World War I. He later returned to N.O.,La. raised a family. He was one of the Supreme Liberty Life Ins. Co. poliicy holders. He died in Houston,Tx. in 1970.