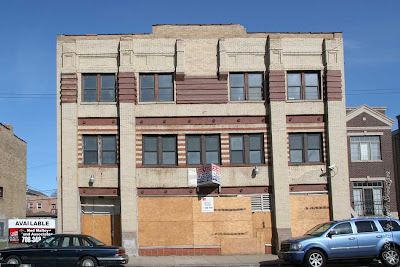 This former Jewish synagogue was home to the Chicago Defender from 1920 until 1960. Founded by Robert S. Abbott in 1905, the newspaper became nationally known for its outspoken editorial policies on behalf of civil rights issues. The "Great Migration" of the early-20th century was largely initiated by Defender editorials urging African-Americans to leave the poverty of the South for new opportunities in the North. It is one of nine structures in the Black Metropolis-Bronzeville Historic District.
Posted by Jyoti at 3/23/2010 03:15:00 PM