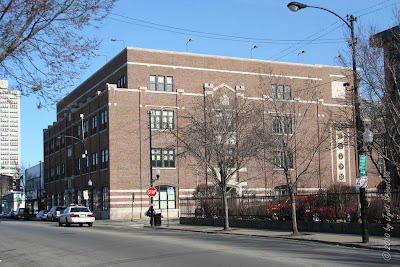 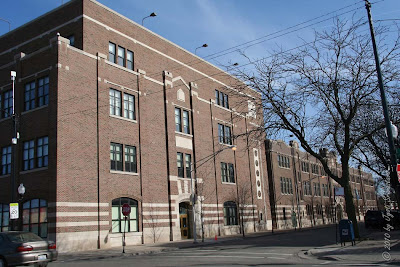 This was the first armory in the United States built for an African-American military regiment. The "Fighting 8th" traces its roots to the formation of the volunteer Hannibal Guard militia in 1871. It later became a division of the Illinois National Guard and during World War I was incorporated into the 370th U.S. Infantry (also see Victory Monument). After the armory closed in the early-1960s, it became the South Central Gymnasium. In 1999, following an extensive renovation, it was reopened as a public high school. It is one of nine structures in the Black Metropolis-Bronzeville Historic District..
Posted by Jyoti at 3/21/2010 06:30:00 PM