AIC: Samson and the Lion 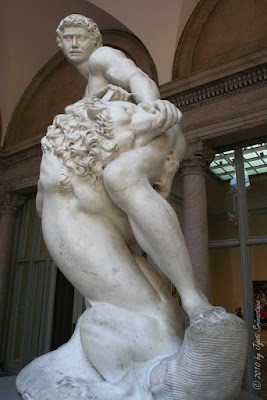 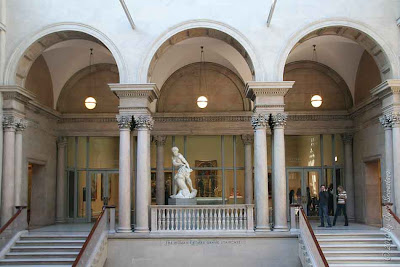 The marker reads..
One of the earliest exploits of the legendary Israelite hero Samson was his encounter with a lion which he tore apart with his bare hands, "as he would have rent a kid" [Judges 24: 5,6]. Like most of his feats, such as the killing of a thousand enemy Philistines with the jawbone of an ass, the struggle with the lion exhibited Samson's superhero strength. In this marble statue, Cristoforo Stati emphasizes the hero's bulging muscles, portraying him effortlessly tearing the lion's jaw. Stati had studied under the Flemig-born sculptor Giambologna, who favoured angular poses contoured to be viewed from all sides with equal pleasure. Since Stati was commissioned to carve a statue that would be placed alongside Giambologna's own "Samson and the Philistine" he constructed a similar group of violently struggling figures. Like other early Baraque sculptures, however, Stati's "Samson and the Lion", created four decades later than Giambologna's companion statue, bends the figures into diagonal line, emphasizing movement and natural action rather than artificial composition.. 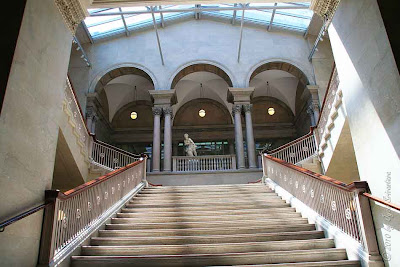