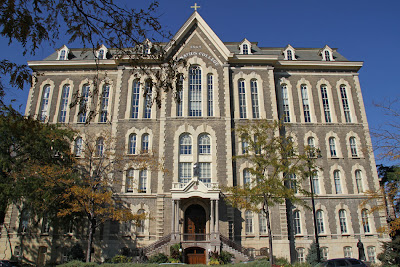 Excerpt from Chicago Landmarks website...
The culmination of Father Arnold J. Damen, S.J.'s work in Chicago, this building was opened in 1870 as St. Ignatius College. Loyola University originated from this institution but, since 1922, St. Ignatius has operated solely as a college preparatory school. The Second Empire-style edifice is among the oldest in the city, a rare and distinctive example of institutional designs pre-dating the Chicago Fire of 1871. 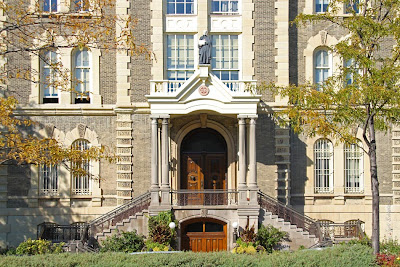 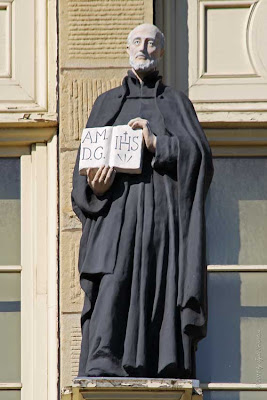 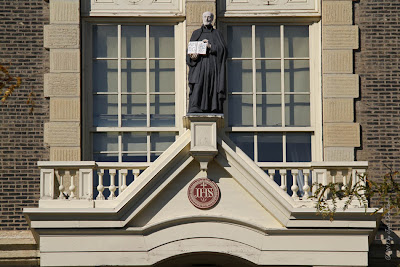 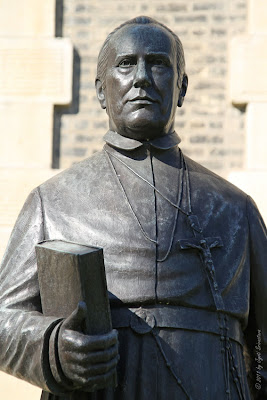 The school was founded in Chicago in 1870 by Fr. Arnold Damen, S.J., a Belgian missionary to the United States. The school is coeducational, Catholic, college preparatory and sponsored by the Society of Jesus [the Jesuits]. The building is a rare example of Second Empire Style building in Chicago. What's equally interesting is the sculptural fragments in the campus..
Notable are.. 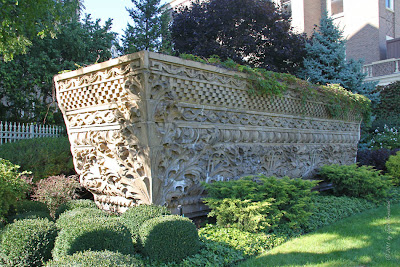 The 10-foot tall flowerpot, is made up of the portion of cornice from [now demolished] Stock Exchange Building [by Adler and Sullivan].. 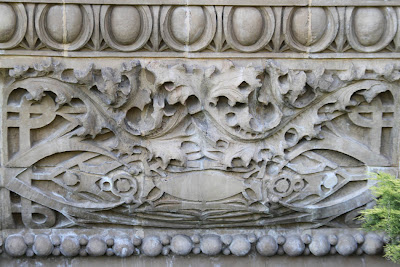 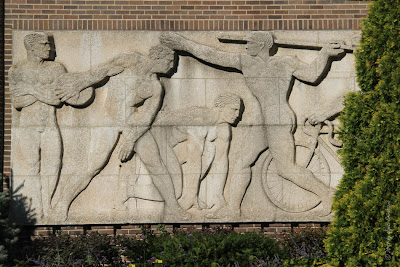 Bas-relief is from the Chicago Stadium.. It's not sure who made these sculptural work.. 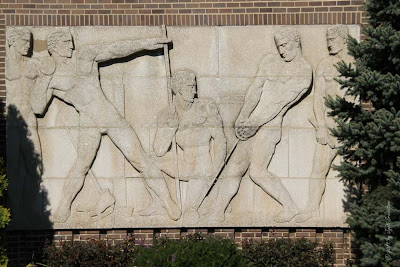 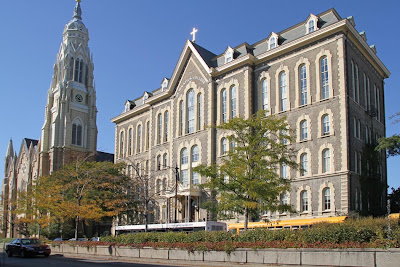 St. Ignatius Prep School is next to Holy Family Church.. 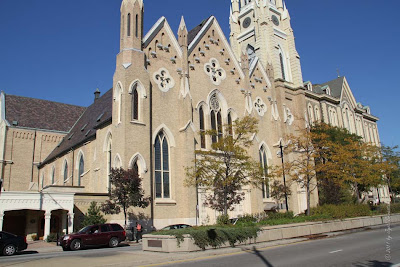 Another great blog! I went to Loyola Academy on Sheridan near Devon (starting in 1948!!) and Ignatius was a fierce rival! Thanks again for all the pleasure you bring. Al Kuhn

Hi Al,
I am so glad to have found a strong supporter, although somewhere far-off.
Thank You for your comments.

Wow, I love your blog. Just saw this place yesterday on a CAF Bus Tour. Can't wait to go back on my own and see it all. Thanks for sharing!