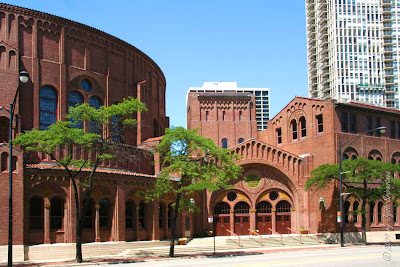 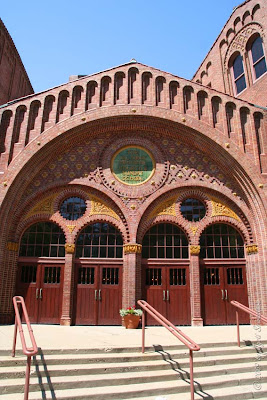 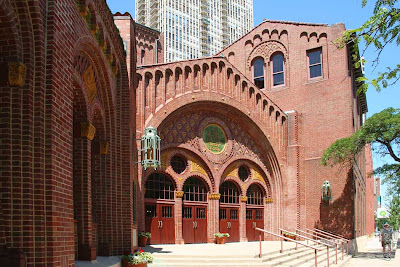 Styles that influenced the architecture:
- Romanesque [windows and arches] – over 320 doors
- Byzantine [exterior on the Clark Street side]
It is one of the largest Romanesque churches in the US ... a bridge between the Catholic cathedrals and the Protestant churches ..
- Steel superstructures with brick overlay
Originally it was designed to be 20 feet longer to the west, but was cut off because of LaSalle Street expansion ..

I would have loved to go inside, but the door was locked. I've seen photos of the interiors of the church .. it's magnificient. 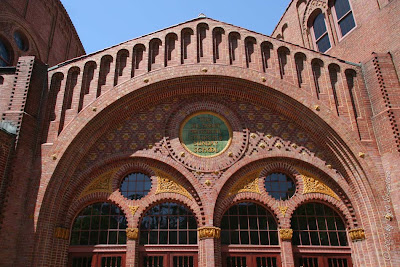 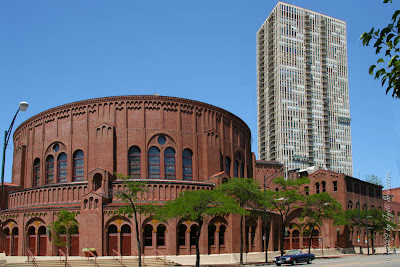