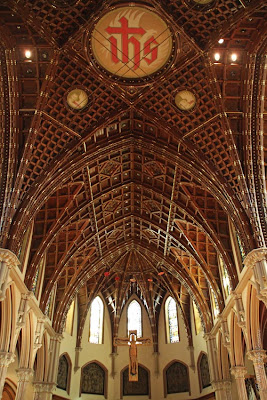 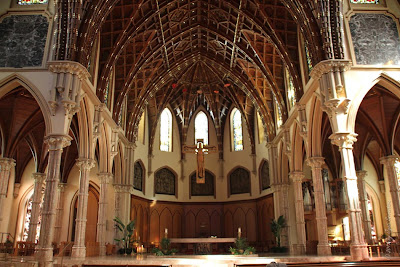 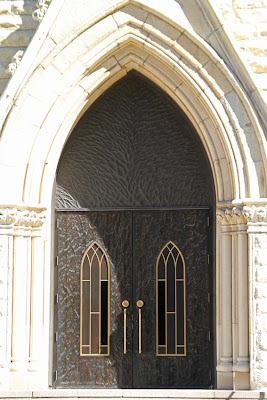 The massive bronze doors has the "Tree of Life" theme with intricate details. The doors possess a hydraulic system that allows them to be opened with the push of a finger. 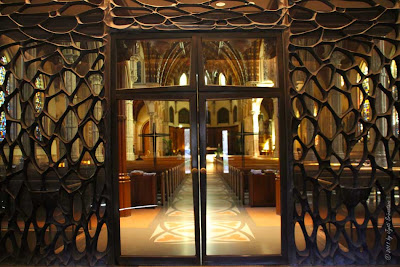 The bronze and the glass screen which separates the foyer from the main church. It was designed by Albert J. Friscia. 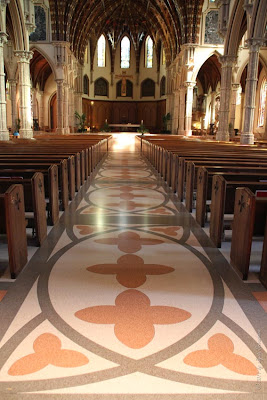 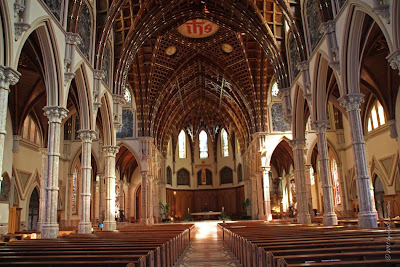 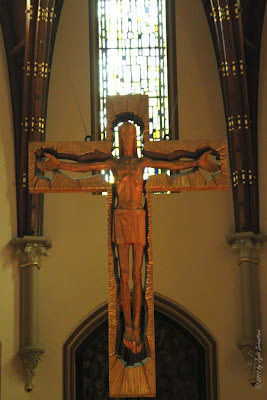 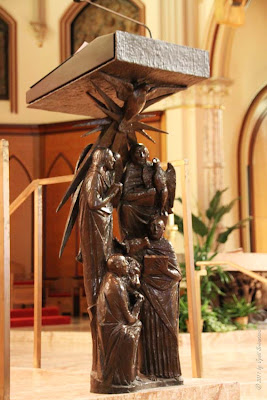 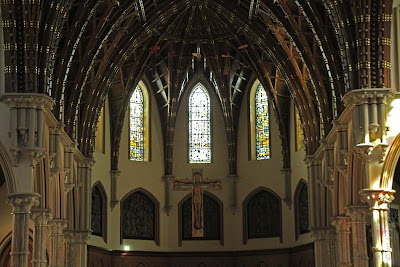 The five bas reliefs behind the altar were executed in 1969 by Atilo Selva. They depict Simeon contemplating the baby Jesus at his presentation to the Temple, the mystery of the Trinity, the resurrection of Jesus, the naming and circumcision of Jesus, and Jesus dressed as a priest for mass. 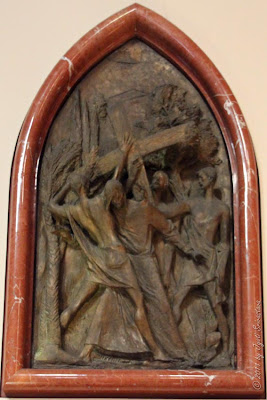 Adorning the walls of the nave are the Stations of the Cross by artist Goffredo Verginelli depicting the Passion, Crucifixion and Resurrection of Christ. The stations are cast in bronze and framed in red Rocco Alicante marble. 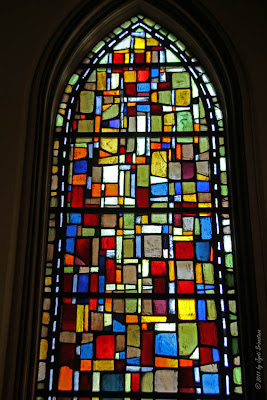 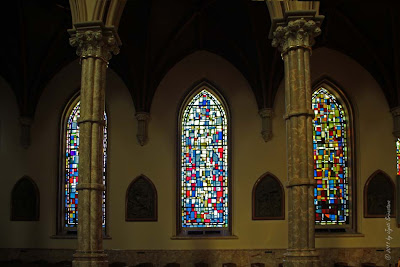 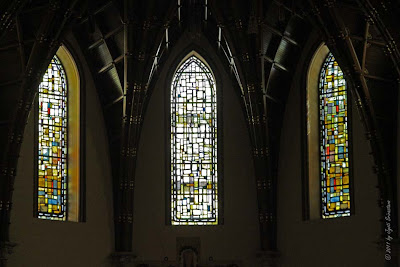 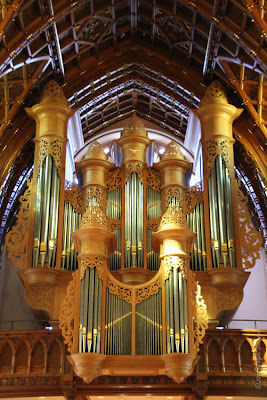 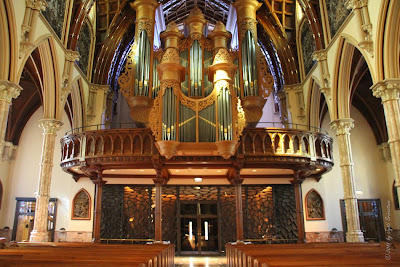 The Organ...
I found some interesting information from it's official website on the musical instruments ...
The entire instrument for the Cathedral was handmade at the workshops of Flentrop Orgelbouw in Zaandam, Holland, including the hand carved decorations, pipe shades and gilded facade pipes. The organ case is made entirely of solid French oak, quarter-sawn. Both the playing action and the stop action are mechanical. The wind system consists of three wedge-bellows, supplying a wind pressure of 78mm for the manuals, and 80mm for the pedal. The temperament is equal at A-440.The instrument comprises 71 stops, 117 ranks, 5,558 pipes, distributed over four manuals and pedal. 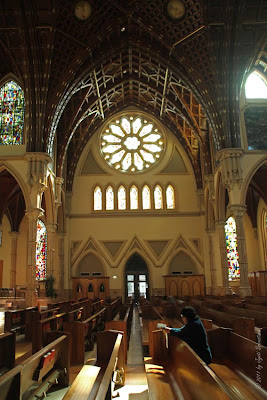 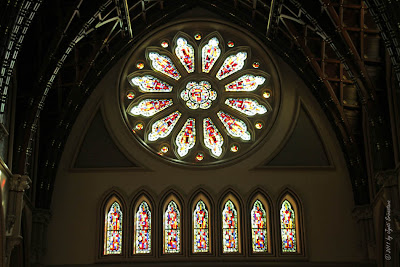 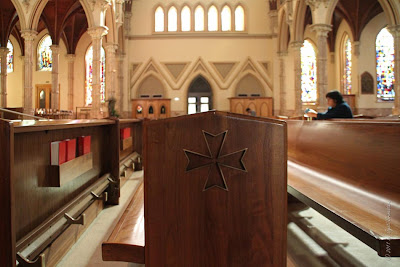 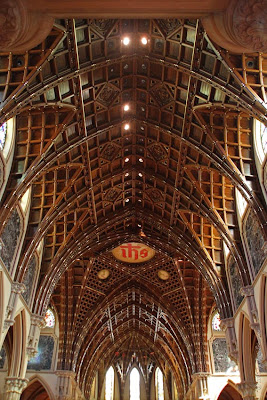 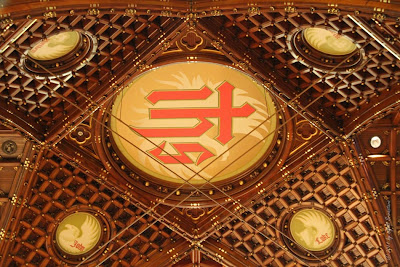 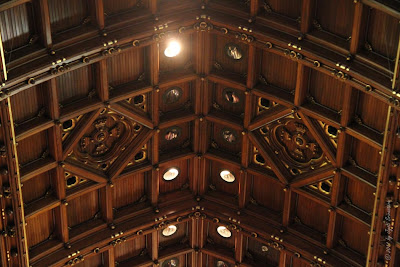 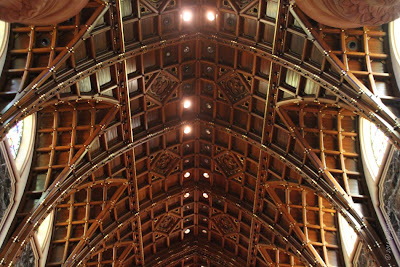 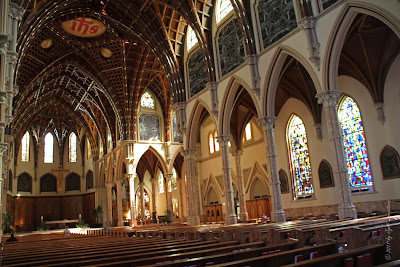 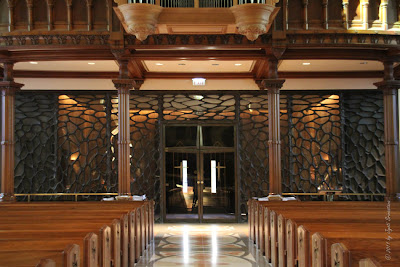 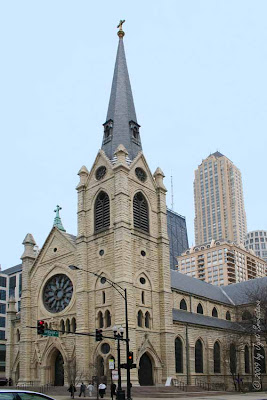 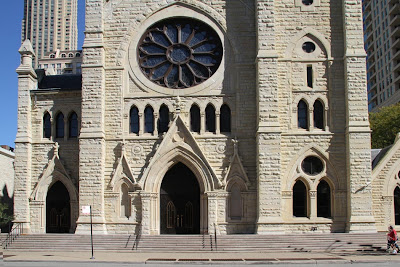 Wow, those are stunning pictures. I hope to visit soon.

This is a great building. Architecture of church is an immortal thing through the history.