River North is bound by Chicago River in south and west, Michigan Avenue in east and Chicago Avenue in north.
Since there are a lot of interesting buildings in this area, the coverage is in a three part series..
# Part-I.. Buildings along the Chicago River..
# Part-II..
# Part-III.. Cathedral District..

Part-II of the three part series ..
Some significant buildings in the River North area.. 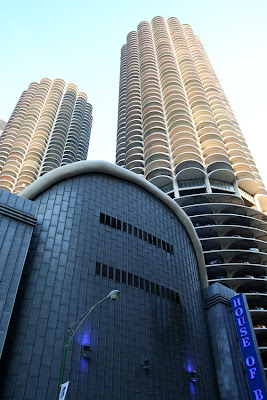 House of Blues..
Designed by James Cafarelli ..
Opened: 1996
Address: 329 N Dearborn,
Chicago, IL 60654..
The House of Blues is located in the Marina City complex on the Chicago River. It is modeled after the "Estavovski" Opera House in Prague..
The House of Blues [HOB] is a chain of music halls and restaurants. It was found by Isaac Tigrett [Hard Rock Cafe founder] and his friend and investor Dan Aykroyd..
It's designer James Cafarelli has built over 250 different restaurants and clubs across the country. 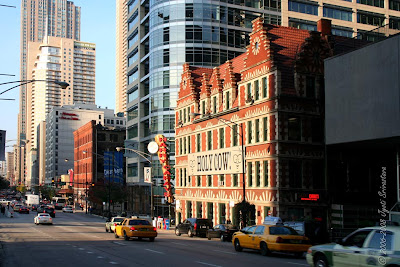 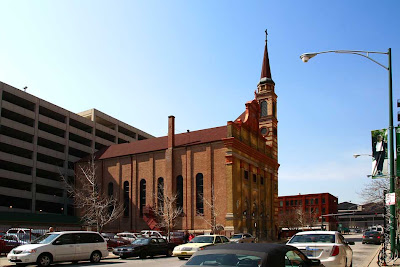 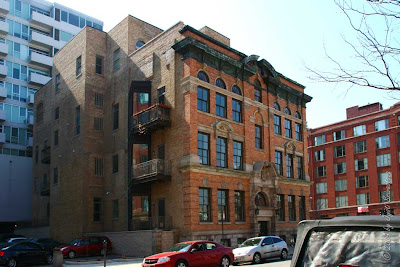 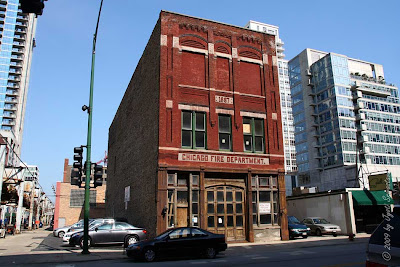 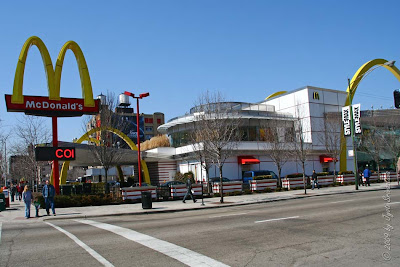 Rock 'n' Roll McDonald's..
Address: 600 N. Clark St. Chicago, IL 60610..
Neighborhood: River North..
It is a flagship location..
Formerly known as the "Original Rock 'N Roll McDonald's", which opened in 1983 ..
The new building was redeveloped and reopened on April 15, 2005.. The site has a Rock & Roll exhibit in a building adjacent to the restaurant and a small upstairs McDonald's museum display. It is the first McDonald's location with a two lane drive-through. The reopening in 2005, coincided with the 50th anniversary of the Des Plaines, Illinois restaurant which was opened by Ray Kroc on April 15, 1955. 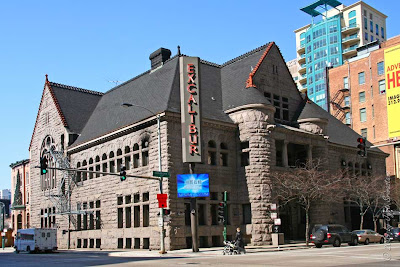 Former Chicago Historical Society Building..
Now it's Excalibur nightclub..
Address: 632 N. Dearborn St.
Year Built: 1892
Architect: Henry Ives Cobb
Date Designated a Chicago Landmark: February 26, 1997..
Considered to be Cobb's finest work, it's one of the best examples of Romanesque Revival architecture.
The Chicago Historical Society occupied the building from the 1890s until 1931. It was that organization's need for a fireproof structure that accounts for the structure's granite-clad construction.
The building's later uses included the prestigious Institute of Design and recording studios for influential blues and rock n' roll performers in the 1950s and ‘60s.
Now it's the Excalibur nightclub.. 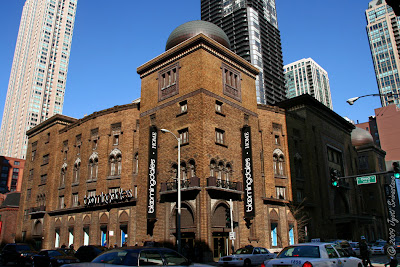 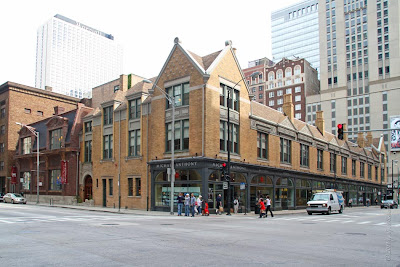 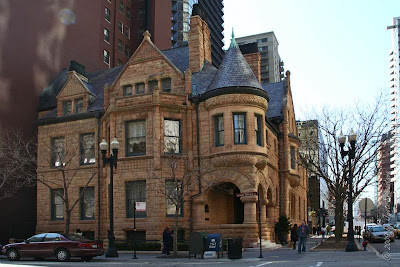 Cable House..
Address: 25 E. Erie St.
Year Built: 1886
Architect: Cobb and Frost
Date Designated a Chicago Landmark: October 2, 1991 ..
Designed in the Richardsonian Romanesque style, this house was built for Ransom R. Cable, the President of the Chicago, Rock Island and Pacific Railway Company. The Cable House is among only a few remaining structures that illustrate the original elite residential character of the area just west of North Michigan Avenue.
# For more on.. click here.. 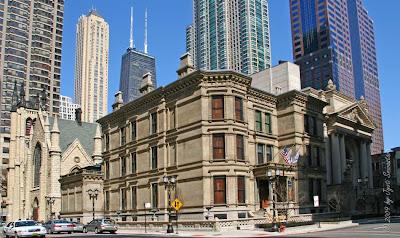 Nickerson House..
Address: 40 E. Erie St.
Year Built: 1883
Architect: Burling and Whitehouse
Date Designated a Chicago Landmark: September 28, 1977..
The house was built for Samuel M. Nickerson, a liquor baron, who also founded the First National Bank of Chicago..
After the Great Chicago Fire of 1871, the city's Near North Side became a fashionable place to live for wealthy entrepreneurs.. This house, along with the Cable House across the street, are among the few survivors of that period of development. Nickerson House is sometimes called the "marble palace," with building's interior decorated with a profusion of marbles, carved and inlaid wood, tile, mosaics, and hand-tooled leather.. 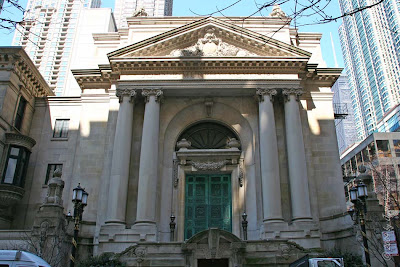 John B. Murphy Memorial..
Address: 50 E. Erie Street..
Architects: Marshall & Fox
Built between 1923 and 1926..
The Murphy Memorial is immediate east of the Nickerson House ..
The Murphy Memorial Building was built in honor of Dr. Murphy, MD, FACS [1857-1916], one of the more prominent founders of the American College of Surgeons. Shortly after his death, a group of Murphy's friends formed an association to solicit funds for erection of a suitable memorial, to be built in his honor. The memorial is designed is in the French Renaissance style, patterned after the Chapelle de Notre-Dame de Consolation in Paris, built in 1900... The Murphy Memorial has housed many ACS meetings, and offices of College staff over the years. 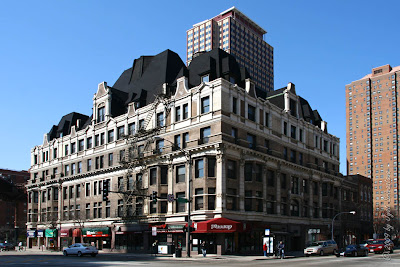 The Bush Temple of Music..
Address: 100 W. Chicago Ave.
Year Built: 1901
Architect: J.E.O. Pridmore
Date Designated a Chicago Landmark: June 27, 2001 ..
The Bush Temple of Music was built as the headquarters and showroom of the Bush and Gerts Piano Company, one of Chicago’s leading piano companies.
# For more.. click here.. 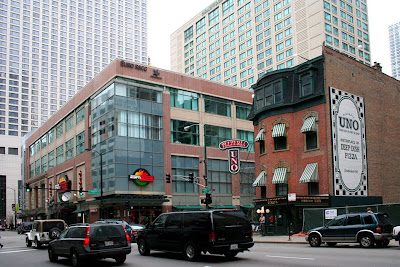