River North is part of the Near North Side community area of Chicago.. which [apart from River North] includes areas as Streeterville, Washington Square, Goose Island, Old Town and Gold Coast..

River North is bound by Chicago River in south and west, Michigan Avenue in east and Chicago Avenue in north. This area has one of the largest concentration of art gallries in the United States.. [I have not seen any, so something to look forward to this year].. Since there are a lot of interesting buildings in this area, the coverage is in a three part series..
# Part-I.. Buildings along the Chicago River..
# Part-II..
# Part-III.. Cathedral District..

Part-I of the three part series ..
River North - Buildings along the Chicago River.. 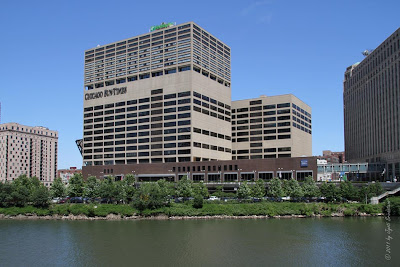 [1] Chicago Sun Times..
Architect: Skidmore, Owings and Merrill..
Completed: 1977..
This building was previously the Apparel Mart and was built as a compliment the the neighboring Merchandise Mart. In 2004, the Sun-Times newspaper moved its offices into the building, when its former headquarters building was sold to make way for the Trump Tower. 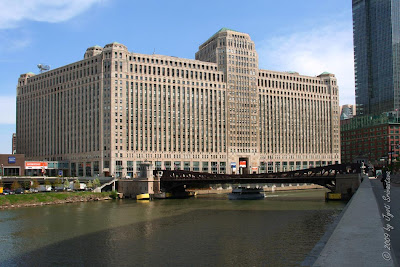 [2] Merchandise Mart..
Architect: Graham, Anderson, Probst and White..
Completed: 1931.
The building was the largest in the world in terms of floorspace, but was surpassed by The Pentagon in 1943..
In 1988, Helmut Jahn designed an enclosed pedestrian walking bridge over Orleans Street connecting the Mart and the Apparel Center.. 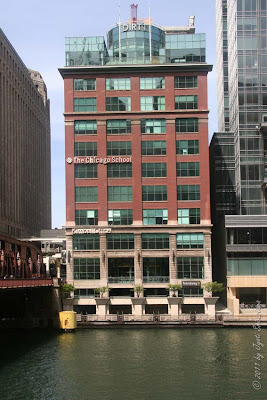 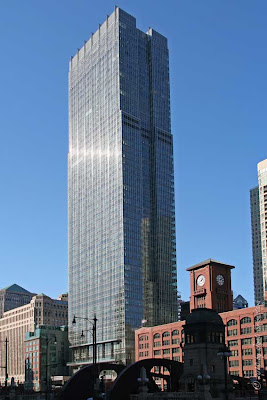 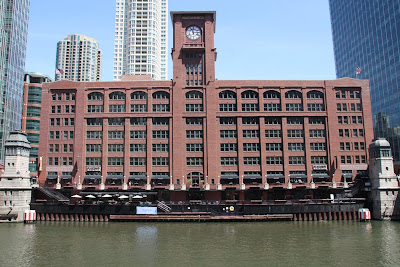 [5] Reid Murdoch & Co. Building..
Also called Central Office Building..
Artchitect: George C. Nimmons
Completed: 1914..
Address: 321 N. LaSalle, Chicago IL..
Date Designated a Chicago Landmark: November 15, 1976..
It was built as a central food processing plant for Reid, Murdoch & Company. It was one of the first designs to respond to the 1909 Plan for Chicago's goal for riverfront redevelopment. Docking facilities are recessed at the water level, while a promenade extends at street level. The most distinguishing feature is the clock tower with four massive internally illuminated translucent glass faces. 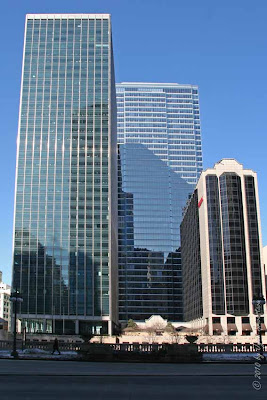 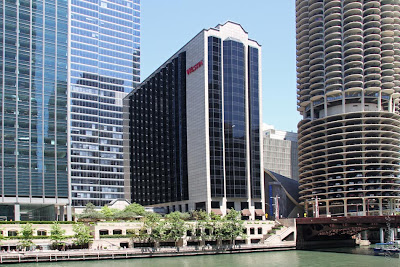 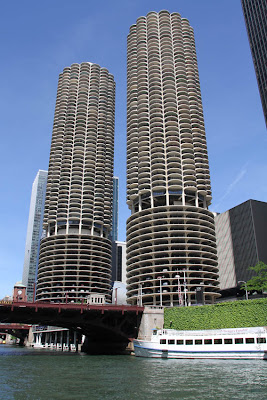 [8] Marina City
Completed: 1964
Architect: Bertrand Goldberg, a student of Mies van der Rohe..
It has two identical corncob-shaped 65-story towers .. with 5-story elevator and the bottom 18 stories is parking space.
At the base of the famous of Marina City buildings, the House of Blues opened in 1996.. 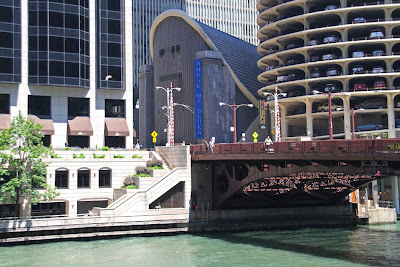 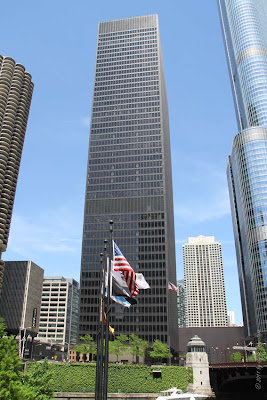 [10] IBM building..
Architect: Mies Van der Rohe
Completed: 1971
Location: 330 N Wabash Avenue..
This is Mies’ last American building and his largest. Like most International style buildings, this skyscraper has a glass curtain wall, with aluminum and bronze-tinted glass. But unlike many later curtain-wall skyscrapers with uniform facades, IBM's facade is characterized by differentiating glass, spandrel and mullion - window frames are raised and spandrel panels recessed.. 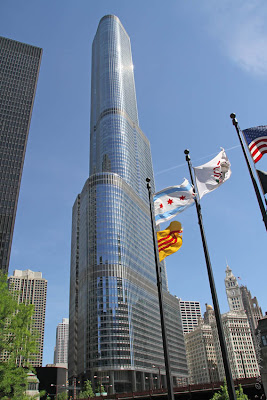