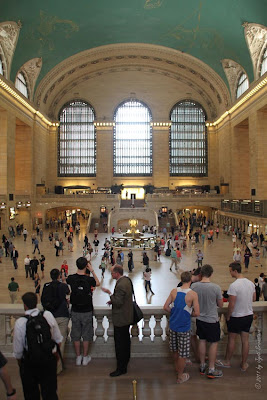 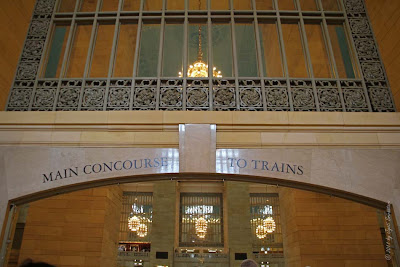 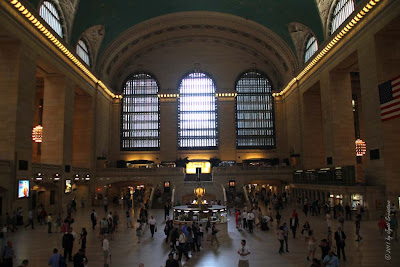 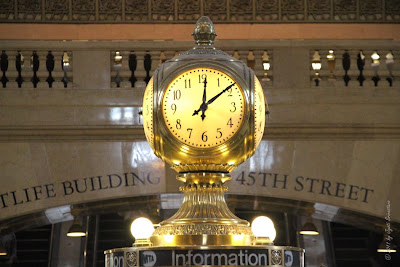 The four-faced clock on top of the information booth is perhaps the most recognizable icon of Grand Central. Each of the four clock faces are made from opal. Both Sotheby's and Christie's have estimated the value to be between US $10 million and US $20 million.. 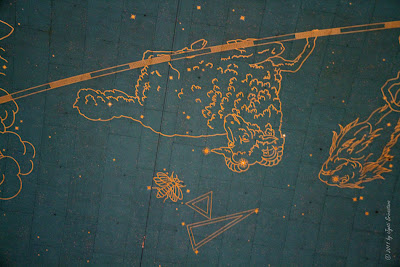 Astronomical Ceiling details..
The original ceiling, painted in 1912 by French artist Paul César Helleu. It was renovated in the late 1930s .. 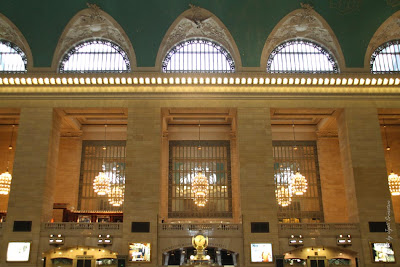 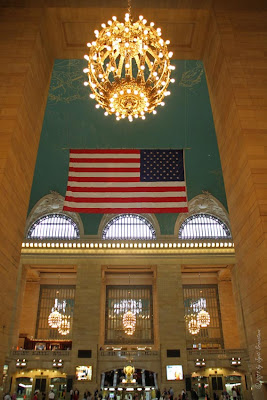 The large American flag was hung in Grand Central Terminal a few days after the September 11, 2001 terrorist attacks on the World Trade Center.. 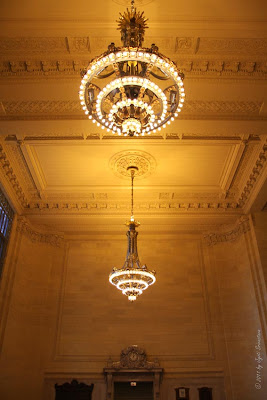 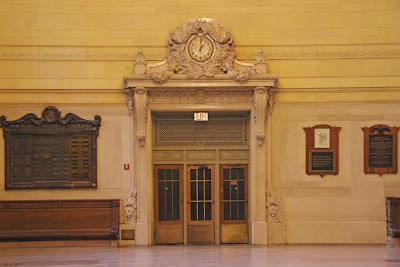 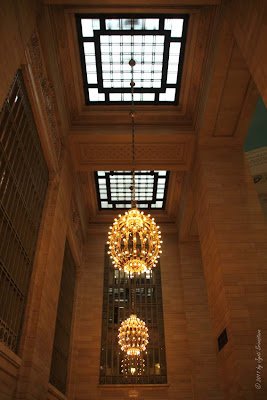 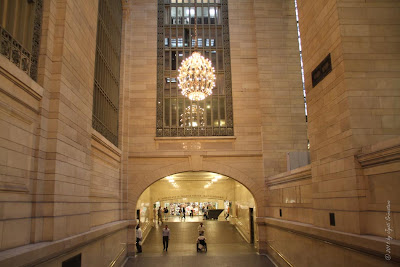 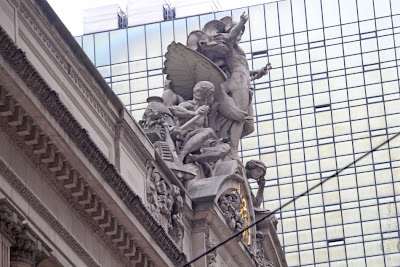 Group of statues and clock on the facade.
Bad Image of one significant sculpture..
I regret whatever prevented me from crossing the road and take the photo. But maybe this calls for another trip..
Outside the station, the clock in front of the Grand Central facade is the world's largest example of Tiffany glass and is surrounded by sculptures carved by the John Donnelly Company of Minerva, Hermes and Mercury.

Hi just passing through your blog !
Lovely photos, I adore New York City so much.
Keep them coming :).