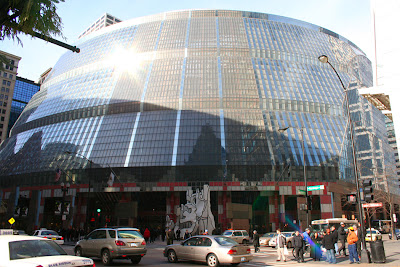 The building houses state government offices, a post office, a rapid transit station. ... and . It is an example of post-modern architecture ... with sloping glass wall from one corner of the block to another. It looks like a spaceship has landed on the roads ... a big, shiny, cheerful spaceship.
Posted by Jyoti at 12/08/2007 05:24:00 PM