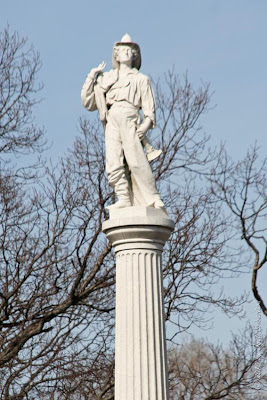 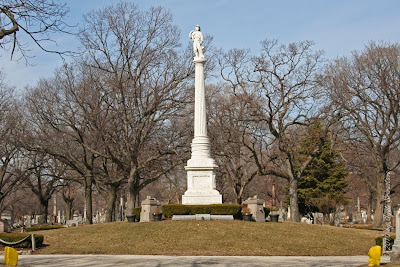 A vigilant fireman stands atop a tall column, with a megaphone in his left hand. The base of the column is wrapped with coiled fire hose. The marble monument commemorates the 15 members of Chicago's volunteers fire brigate who are buried on the plot.. The granite marker at the base contains the names of all firefighters killed in the line of duty. Four old-style hydrants make up the corners of this memorial.

The funeral scene in the movie Backdraft. was filmed using a replica of this monument. 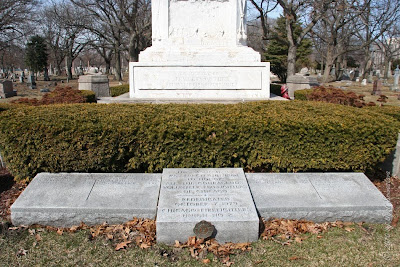 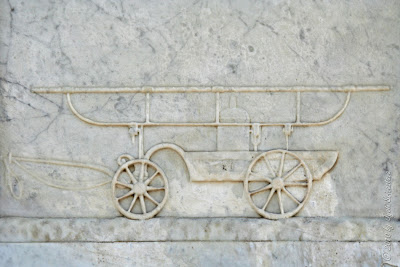 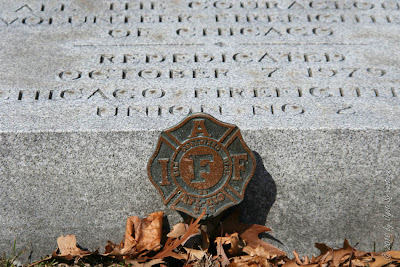 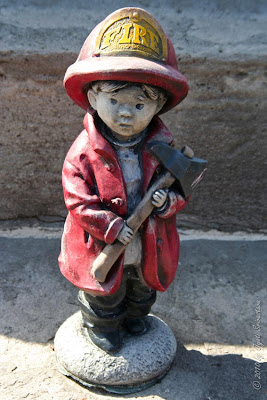 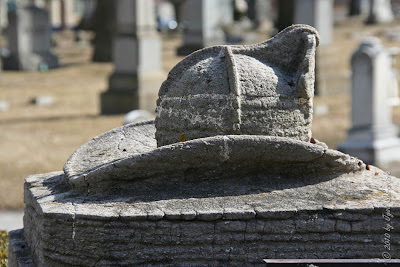