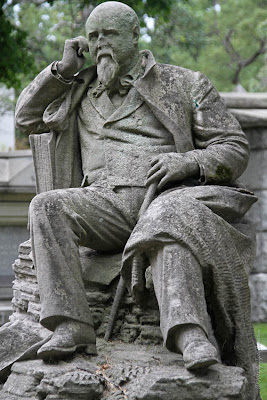 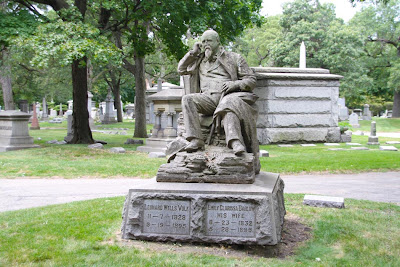 Leonard Wells Volk was also the designer of several of Rosehill's better-known public monuments..
- Our Heroes, and..
- The Volunteer Fireman's Monument.
One of his last works was this self-portrait, executed by Gast Monuments. Volk sits in a small island, surrounded by the headstones of his family.

Volk arrived in Chicago in 1858 after studying sculpture in Italy, a trip sponsored by his brother-in-law, Stephen Douglas. He created a bust of Senator Douglas and one of President Lincoln. He sculpted Douglas and Lincoln several times over the next few years, and these remain his best-known works. When Senator Douglas died in 1861, Volk was commissioned to design the Douglas tomb. Funds became available in 1877, and the 96 foot tall tomb was completed in 1881 on Douglas' south side estate. 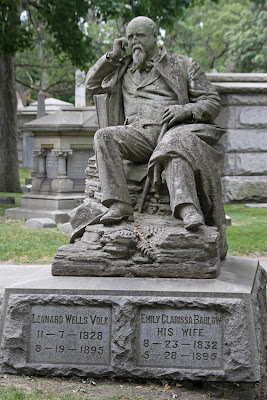 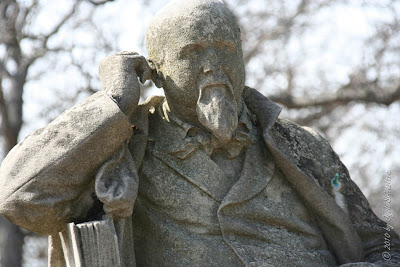