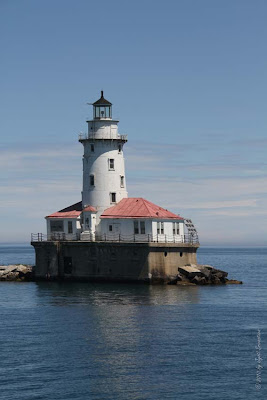 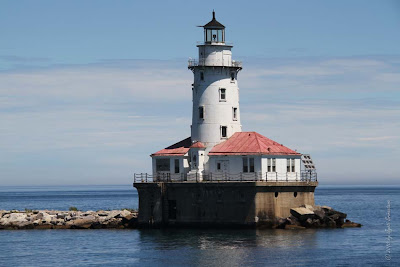 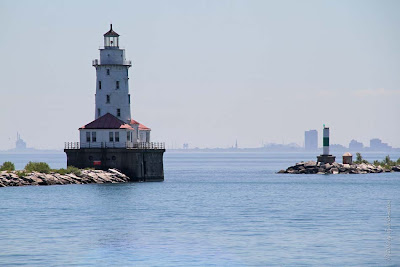 The official Chicago Landmark website informs..
The Chicago Harbor Lighthouse is the only surviving lighthouse in Chicago and one of only two remaining examples in Illinois. Built in 1893, the Lighthouse symbolically marks the Chicago Harbor-a historically pivotal point where the nation's maritime transportation network connected the East Coast, the Great Lakes, and ultimately the Gulf Coast. During the 1917 renovation of the breakwater, the lighthouse was moved to its present location, and its attached fog-signal room and boathouse were constructed. The Lighthouse played such a significant role in the development of Chicago that it is commemorated in a relief sculpture, entitled "The Spirit of the Waters," located near the LaSalle Street entrance of City Hall. Today its crisp white conical tower rising between two red-roofed buildings is a familiar sight along Chicago's shoreline just east of Navy Pier, where the Lighthouse continues to mark the harbor entrance.. 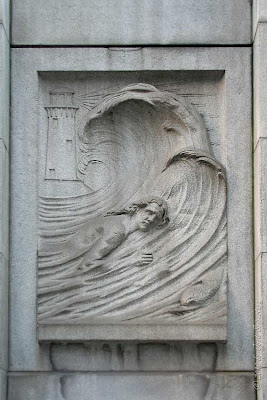 The Lighthouse is commemorated in the relief sculpture, "The Spirit of the Waters", by John Flanagan.. located near the LaSalle Street entrance of City Hall.. 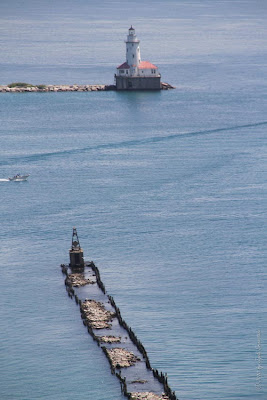 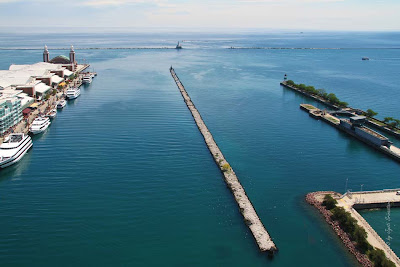 Above two images taken from the Aeroballoon, floating 40 stories from above the Navy Pier.. 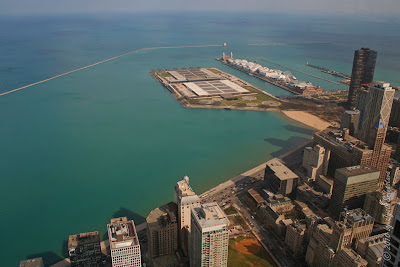 The above image taken from Hancock Tower Observatory..

Really great collection of photos. I especially liked the connection between the lighthouse and the sculpture at City Hall. Nice tie-in, with the photos to make it clear.