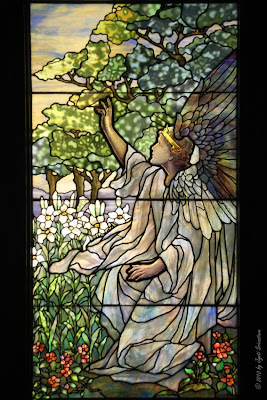 The windows created by Louis Comfort Tiffany and John LaFarge are milestones in the development of new techniques for making stained glass windows in the late 19th and early 20th century. In this post I am concentrating on the Tiffany Studio..

Louis Comfort Tiffany was not satisfied with brushwork on glass.. "Glass covered in brushwork produced an effect both dull and artificial".. He said.. "I could not make an inspiring window with paint. I had to use a medium which appealed to me.. How many times I have tried to make drapery glass? My chemist and my furnanceman for a long time insisted it was impossible, claiming that the metallic oxides would not combine, and that was the trouble for many years. The mix would disintegrate. New styles of firing ovens had to be built, new methods.. for annealing glass.."

Then Tiffany succeeded..
Check out the drapery.. 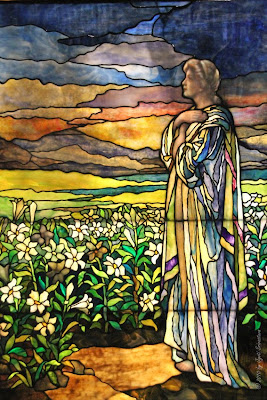 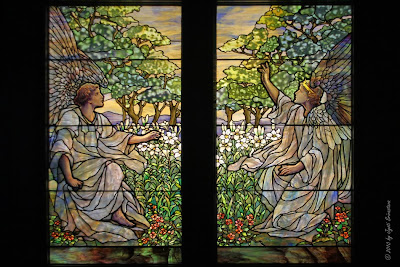