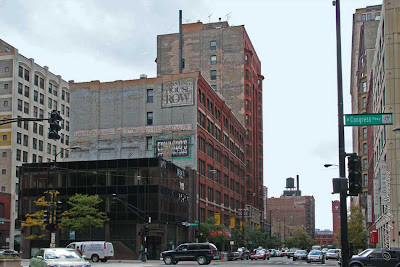 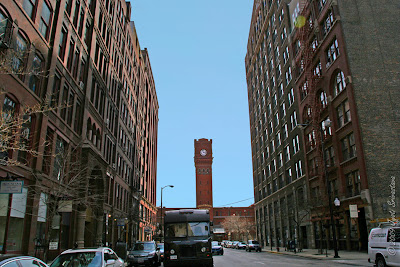 The marker reads..
"Chicago Landmark District
Printing House Row
The proximity of the Dearborn Street railroad station, along with the area's long narrow blocks, made this a desirable location for buildings housing printers at the end of the 19th century.
Commission on Chicago Landmarks
City of Chicago
Richard M Daley, Mayor."

Just as State Street grew as the major retail bussiness area and LaSalle Street as the financial hub of the city, Printing Row District grew as the center for printing and publishing. The Printing Row District or the Printing House Row District [as is officially called] grew mainly between 1883 and 1912 ... Contributing significantly to it's growth was the opening of the Dearborn Street Station in 1885, which attracted significant commercial development in the area. In addition to printing and publishing there were also subsidiary trades that employed scores of workers, like typesetters, etchers, mapmakers and bookbinders ...

However during the 1930's and 40's this area began to decline. Technological advances in printing with the use of automated presses and the slowdown of the railroad industry, forced many printing companies to leave the Printers Row area. Many moved to the suburbs. By 1971, when Dearborn Station was closed the Printers Row had virtually became a ghost town.

In 1978, Chicago Mayor Michael Bilandic committed to the revitalization of Printers Row ... Many of the buildings have now been converted into apartments are in residential use ... In 1977, the Donohue Building became one the first buildings to be converted to residential space ... New housing have been constructed on the land formerly used by the railroad ..

In 1996 the Printing House Row District was designated a Landmark District by the Commission on Chicago Landmarks. Many of the neighborhood’s buildings are listed on the National Register of Historic Places.

Some significant building in this area are: 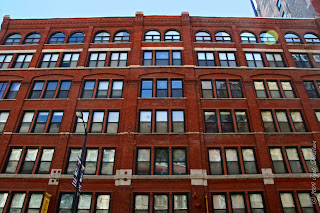 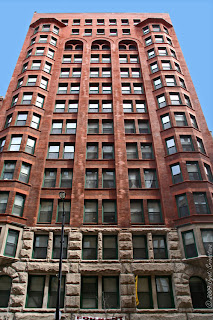 One of the last works of architect John M. Van Osdel [1811 – 1891] considered Chicago’s “first” architect.
Wikipedia offers some interesting trivia: Van Osdel planned the first architect-designed house in Chicago for the first Mayor of Chicago, William Ogden. The house was located on Rush Street. Ogden commissioned Van Osdel, who came from New York to Chicago for the job. By 1844, he had opened Chicago's first architectural firm. He is considered a Chicago school architect and a peer of William LeBaron Jenney, Dankmar Adler, Louis Sullivan, Daniel Burnham, John Wellborn Root and Frank Lloyd Wright. In fact, he and William W. Boyington are considered the most prominent Chicago architects of the period from the city's incorporation in 1837 until the Great Chicago Fire of 1871 ... 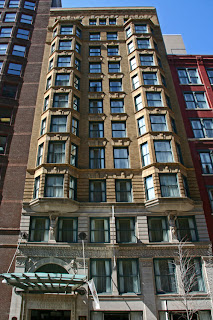 The Morton Building..
Address: 538 S. Dearborn Street ..
Architect: Jenney and Mundie ..
Completed: 1896
William Bryce Mundie was hired by William LeBaron Jenney, [who is credited as the “father of the skyscraper."]. Their partnership became to be known as Jenney and Mundie. 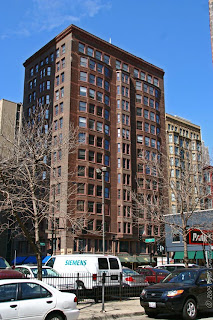 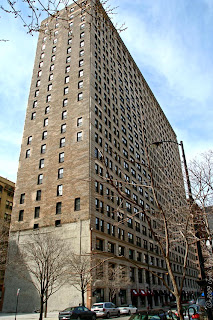 The Transportation Building..
Address: 600 S. Dearborn Street
Designed by Frank V. Prather
Completed in 1911.
Once housed office space for Elliott Ness.
The Transportation Building runs the entire length of the 600 South Dearborn block. Its 22 stories made it the tallest structure south of the Loop. As such its roof housed early towers for sending out radio signals. The name of the edifice suggests that not every building on the street was entirely devoted to printing and publishing.
[Ref: History between the Hotels: A Self-Guided Tour ] .. 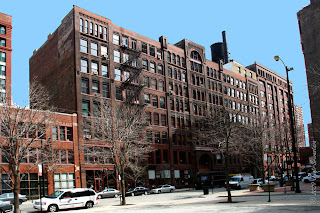 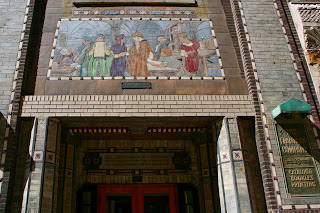 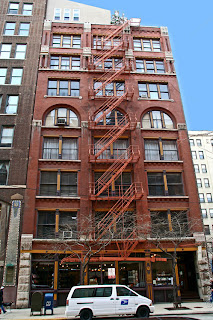 The Rowe Building..
Address: 714 S. Dearborn Street
Built in 1892 and renovated in 1980..
Architect: ??
It now houses the Sandmeyer's Bookstore .. a typical "mom-and-pop" shop, Sandmeyer's has been family-owned and operated since 1982. 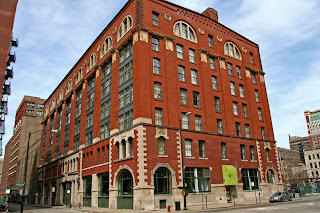 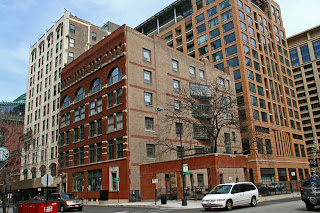 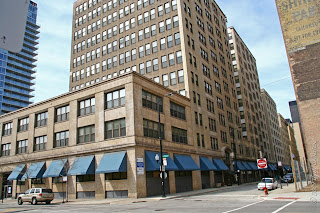 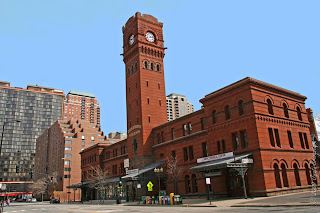