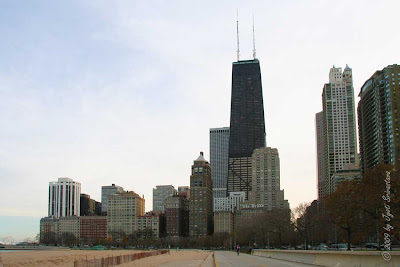 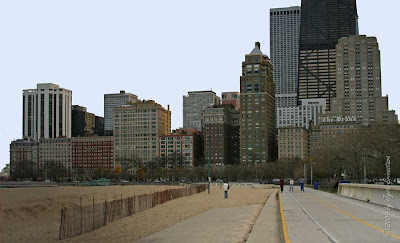 The Chicago Landmarks official website explains ..
The eight buildings, designed between 1912 and 1929 by the architectural firms of Marshall & Fox and Fugard & Knapp, epitomizes the city's luxury apartment boom of the early-20th century .. By creating a formal and harmonious streetscape, the designers helped establish the apartment building as an acceptable alternative to large townhouses or suburban estates. 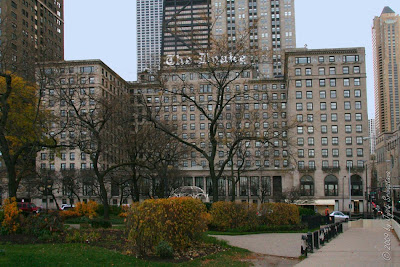 The Drake..
Location: 140 E Walton Drive ..
Designed by Marshall and Fox ..
Completed: 1920 ..
The Drake Hotel was built by William Drake, who owned it until the Great Depression. It was designed in the Italian Renaissance style. At the time it was built, The Drake's 537 rooms were rivaled only by The Palmer Hotel .. The Drake boasts of an illustrious history of being a stopping place for the likes of Princess Diana, and Winston Churchill among others. The Drake was also the location of shooting for many films like "Mission: Impossible" and "My Best Friend's Wedding". 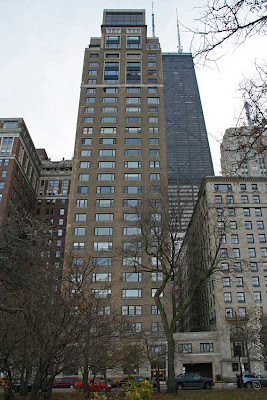 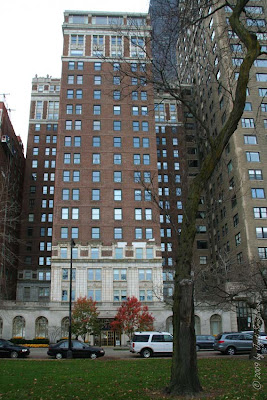 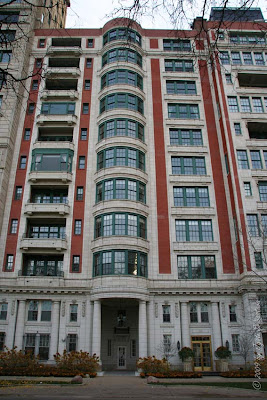 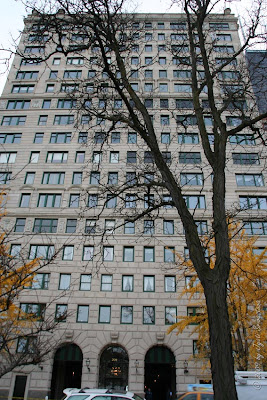 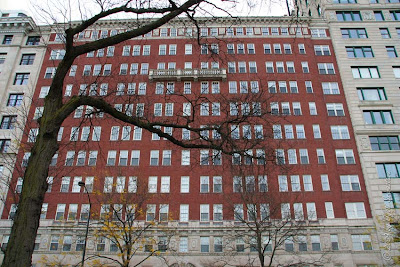 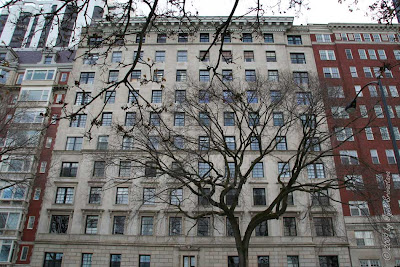 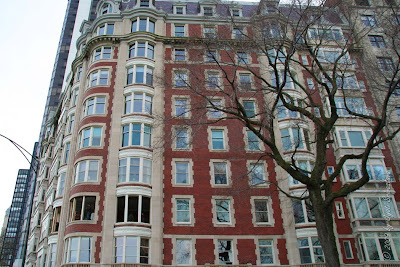 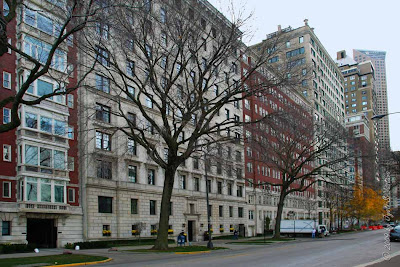 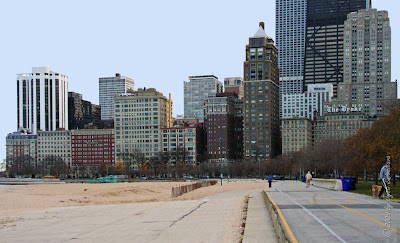