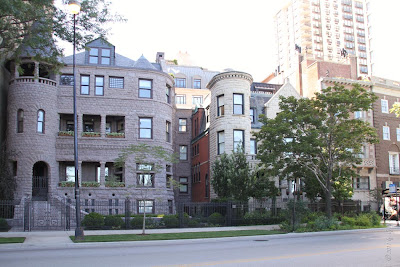 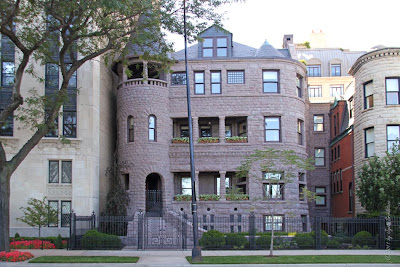 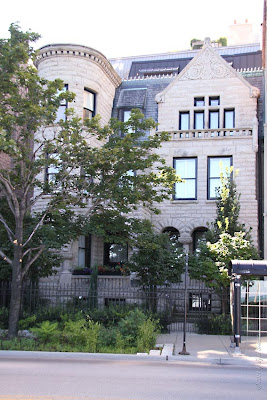 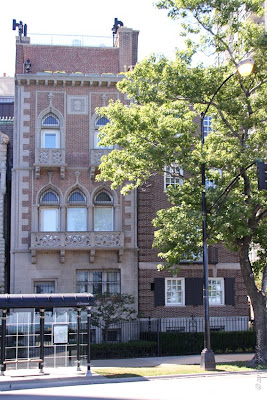 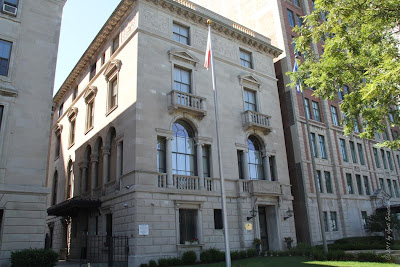 The residence at 1530 Lake Shore Drive was built in 1916 for Bernard Albert Eckhart, a prominent businessman, philanthropist, and politician. The architect was Benjamin H. Marshall . A 4-story rear addition was inserted between the historic residence and the rear coach house and incorporates a contemporary, simplified version of the historic building design. The Seven Houses on Lake Shore Drive District was designated a Chicago Landmark on June 28, 1989.
The architect Benjamin H Marshall is renowned for the designs of the Blackstone Hotel, the South Shore Country Club, and the Drake Hotel .. 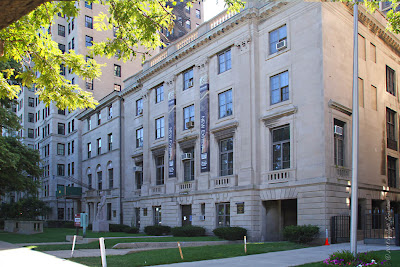 Originally house of Eleanor Robinson Countiss ..
It now serves as the Museum of Surgical Sciences ...
Architect: Howard Van Doren Shaw
Completed: 1917
Address: 1516 and 1524 N Lake Shore Drive ...
The historic lakeside mansion that is now the Museum was constructed in 1917, under the careful direction of Eleanor Robinson Countiss to house her family. The elegant structure was designed to follow the historic lines of Le Petit Trianon, a French chateau on the grounds of Versailles completed in 1770 for Louis XVI and Marie Antoinette. The noted Chicago architect Howard Van Doren Shaw was hired to design the Countiss mansion with modifications including a fourth floor added to the original design, adding a door on the side street, and opening up the northernmost bay for a carriage drive. The Countiss family was the sole owner of the building until 1950, when it was acquired by Dr. Max Thorek and the International College of Surgeons. After several years of renovating the building and forming the Museum collection, the Museum opened its doors to the public for the first time in 1954 under the direction of Dr. Max Thorek. One of the few remaining lakefront mansions, and the only one open to the public.
The Seven Houses on Lake Shore Drive District was designated a Chicago Landmark on June 28, 1989. it is also listed in the National Register and the Illinois Register of Historic Places.
REF: Historic Homes: International Museum of Surgical Sciences ...

I lived at 1254 N. Lakeshore Drive from 1986-1989. It had been divided up into 10 apartments and was a HOVEL. $400/month rent for a big studio, though, couldn't really complain. There was no emergency egress from the back of the second floor, making it a firetrap. The landlords at the time left a lot to be desired. Whenever I went into their office to pay the rent, there were people lined up waiting to yell at them. It was eventually condemned, rehabbed and sold for $8mil.

I think my grandmother Helen White lived at 1530 Lake Shore Dr. . . . She married Ransom Sherman. As children we visited and there was a grand staircase with banistors to slide down. There was supposively a third floor ballroom with two Steinway Grand Pianos one still in the family. Can anyone verify this. We would have visited Helen there in the nineteen sixties and could have been owned by Pauline and Nick Simmons before then.