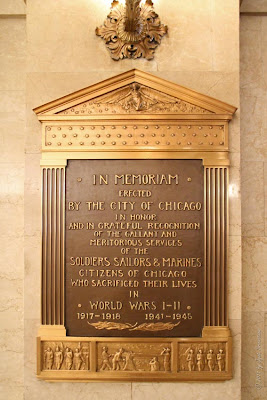 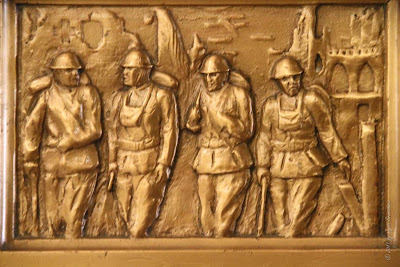 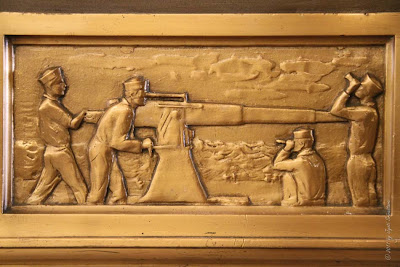 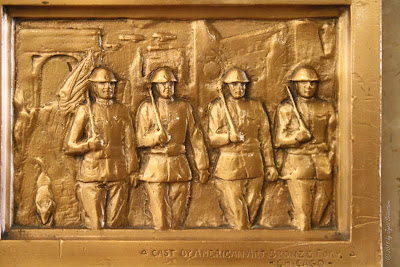 The base of the plaque depicts soldiers marching with the flag on either side of a battle scene while an angel rests on top.