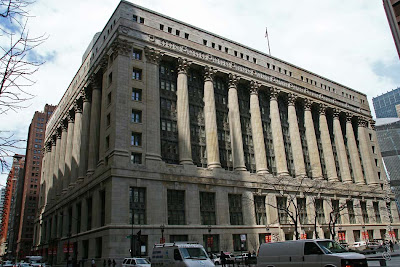 In 2001 the roof gardens were completed, designed by noted "green" architect William McDonough. However the green roof is not open to the public. 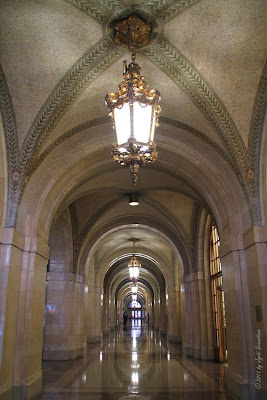 One of the most beautiful interiors that I've seen. Beautiful corridors with elaborate marble stairways and bronze tablets honoring the past city halls of Chicago from 1837 to the present..
For more on City Hall-County Bldg. Interiors, click here.. 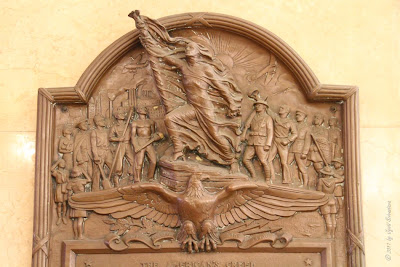 COMMEMORATIVE PLAQUES:
The building has many beautiful bronze commemorative tablets.. 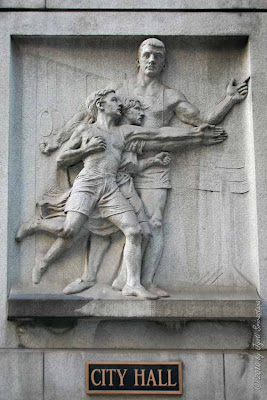 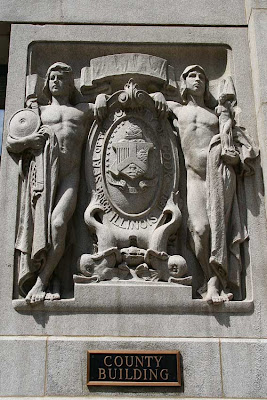 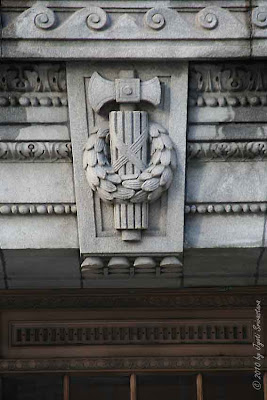 Fasces, symbolizing, power and jurisdiction and "strength through unity"..
For more, click here.. 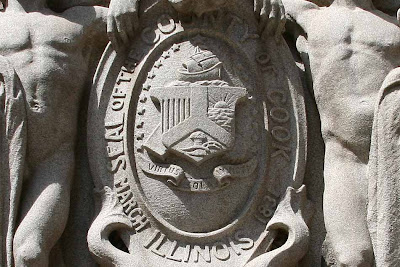