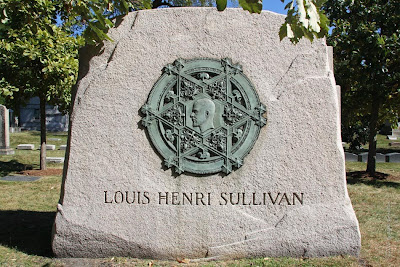 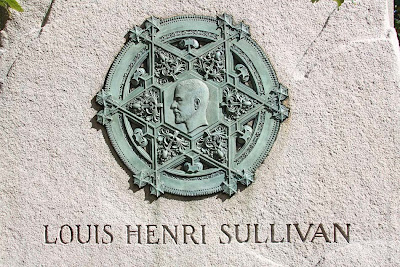 Louis H. Sullivan [1856-1924], architect ..
The grave was designed by Thomas Tallmadger, five years after Sullivan's death. On the broad side of the boulder, Sullivan's profile is set in one of his own ornamental designs.
Tallmadge wrote a history of 19th century Chicago architecture and coined the term "Chicago-School". 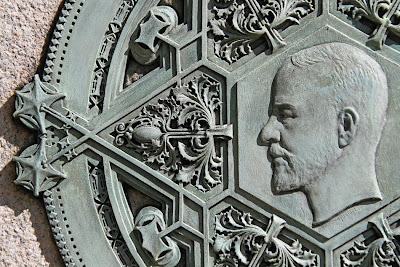 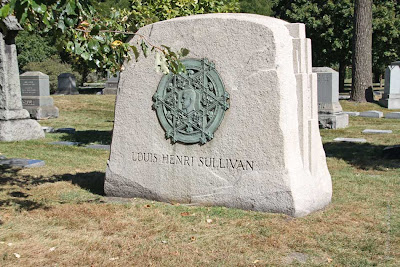 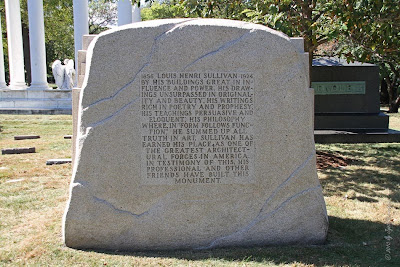 On the monument are etched these words ..
Louis Henri Sullivan [1856-1924]
By his buildings great in influence and power; his drawings unsurpassed in originality and beauty; his writings rich in poetry and prophesy; his teachings persuasive and eloquent; his philosophy wherein "form follows function", he summed up all truth in art. Sullivan has earned his place as one of the greatest architectural forces in America. In testimony of this, his professional and other friends have built this monument".