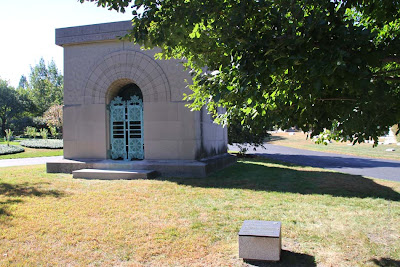 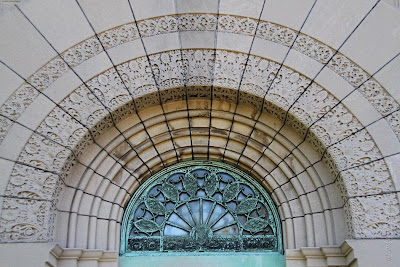 Henry H. Getty [1837-1920] was a lumber businessman ..
Louis H. Sullivan designed the Getty Monument after the death of his wife Carrie Eliza in 1890. getty was partner of Martin A Ryerson, and his tomb was also designed by Sullivan.

The marker reads ...
Getty Tomb
Adler and Sullivan, architects
1890
The Getty Tomb marks the maturity of Sullivan's architectural style and the beginning of modern architecture in America. here the architect departed from the historic precedence to create a building of strong geometric massing, detailed with original ornamentation.
Designated a Chicago landmark on March 10, 1971,
by the City Council of Chicago
Richard J. Daley, Mayor
Commission on Chicago Historical and Architectural Landmarks .. 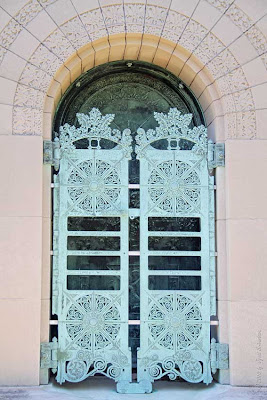 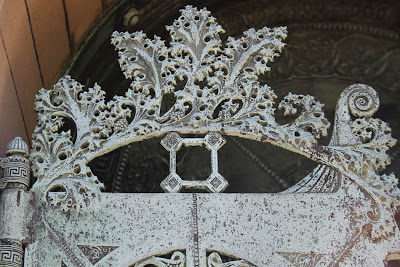 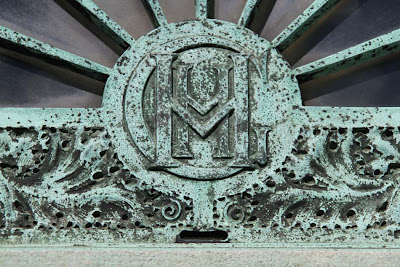 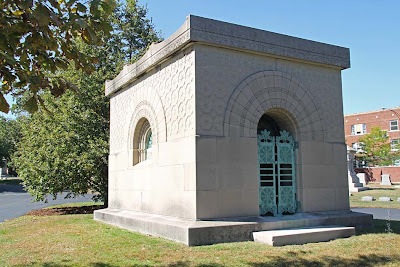 Jyoti,
I have sent you a question via Facebook about one of your images of the Tiffany dome in Marshall Fields. Wonder if you could have a look at it and shoot me an answer. THanks!
Really like your blog posts.
Cheryl