Lincoln Park was added the National Register of Historic Places in 1994 ..
Interestingly, Lincoln Park began its existence as City Cemetery in 1843. This was subdivided into various cemetaries ... Potter's Field, Catholic cemetery, Jewish cemetery, and the general City Cemetery. These cemeteries were the only cemeteries in the Chicago area until 1859.

In 1864, the city council decided to turn the 120-acre cemetery into a park. To this day, there are some visible examples of it's history as a cemetery..
# Couch Mausoleum
# Tombstone of David Kennison 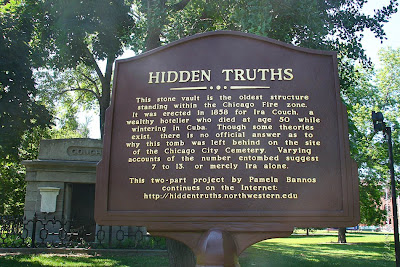 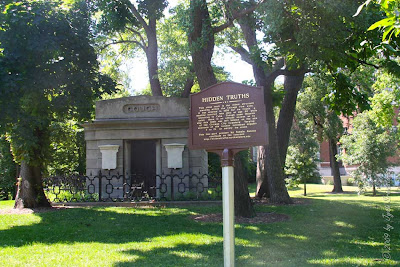 Couch Mausoleum..
The marker reads..
This stone vault is the oldest structure standing within the Chicago Fire zone. It was erected in 1858 for Ira Couch, a weathly hotelier who died at the age 50 while wintering in Cuba. Though some theories exist, there is no official answer as to why this tomb was left behind on the site of the Chicago City Cemetery. Varying accounts of the number entombed suggest 7 to 13 or merely Ira alone. 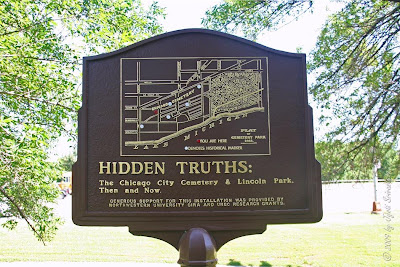 On the other side of the above marker is this cemetery map... 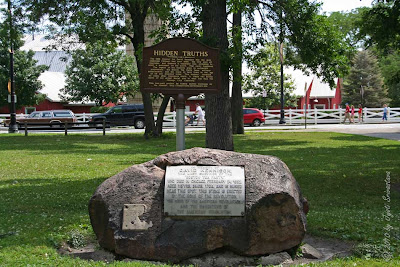 Tombstone of David Kennison..
The marker reads..
In memory of David kennison,
The last survivor of the "Boston Tea Party",
who dies in Chicago, February 24, 1852, aged 115 yers, 3 mos, 17 da, and is buried near this spot. This stone is erected by the sons of the Revolution.
The Sons of American Revolution
And the Daughters of the American Revolution..