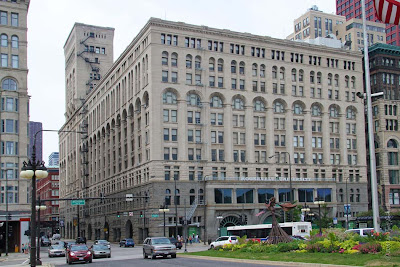 Although Louis Sullivan overshadows Dankman Adler in credits for the beauty of the building, but it was Adler's engineering genius was clearly responsible for the building's layout, construction and mechanical systems. One of the main challenges in the construction was the Chicago's soggy and unstable, soft blue clay to the depth of over 100 feet. Those days, the 20th century technology of caissons sunk to bedrock, had not yet developed. As a solution to the problem, Dankmar Adler, along with engineer Paul Mueller, came up with an innovative solution, variously termed as "Spread Footing" or a massive "Raft Foundation"..

Adler and Mueller designed a floating mat of crisscross railroad tiers. This was topped with a double layer of steel rails, embedded in concrete, coated with pitch. The resulting raft distributed the weight of the massive outer walls over a large area. 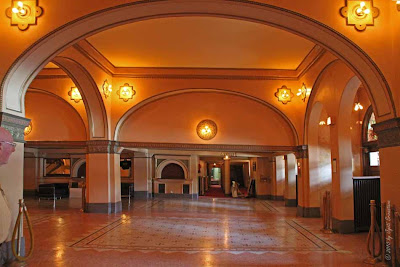 However, over the course of time, the weight of the heavy masonry outer walls in relation to the lightweight inner walls, deformed the raft. Today portions of the building has settled more than 31 inches. The defect is clearly visible in the theater lobby, where the distinct slope towards the outer walls is clearly visible. 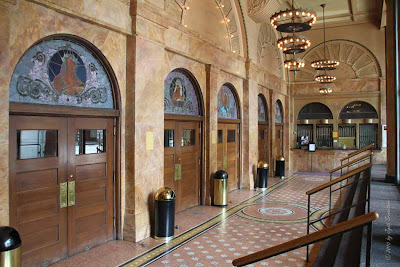 Apparently, there were no stairs when the theater opened. These were added much later to compensate for the slope of the theater floor.

The story I heard was that the foundation was designed for lighter terra cotta walls, but they switched to masonry mid-construction. The resulting increase in weight caused the differential settlement.

Thanks!
I heard something like that too, a mid-way switch of plans. The slope is so obvious!