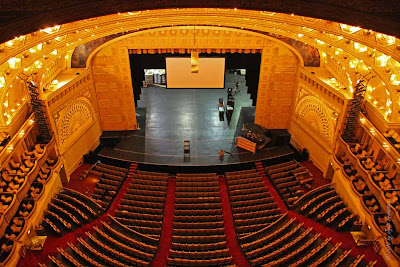 Adler's most remarkable expertise was in acoustics. He based his acoustical design based on Scottish physicist John Scott Russell, who had studies about the transmission of sound in theatrical spaces. Russell favored what is called an "isacoustic curve". His basic premise was that the optimal auditorium design had an upward slope from front to back, essentially eliminating a broad back wall, where sound reverbations can cause problems.

Adler incorporated many ideas to achieve optimal acoustics. His "isacoustic curve" is accompanied by relatively low arched ceiling, that minimised echoes. The progressively widening arches "shaped like a cone or speaking trumpet", helped in maximizing amplification and minimizing echoes. His low ceiling also made it difficult to built more than a few boxes. This perfectly corresponded with Peck's desired to build a "democratic" theater, which not a symbol of social divisions. 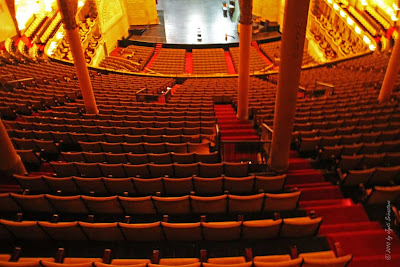 The democratic spirit of the theater's conception demanded perfect sightlines for all. An objective largely accomplished! When the theater opened in 1889, it had 4,200 seats [including main floors, balconies and boxes]. The seats are set to rise 15 inches over every two rows. This allows all members of the audience to see and hear the performances. The original design did not include the box seats. These were omitted from the design as these are historically filled with wealthy patrons and symbolize social class divisions, which was against Peck's democratic spirit. However, with pressure from fund raisers they put boxes in the theater. 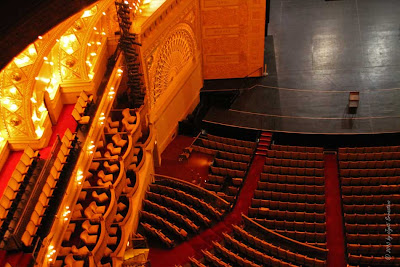 Thanks Joe..
wonder what would ATRU mean though..