The Rookery: The Burnham Library 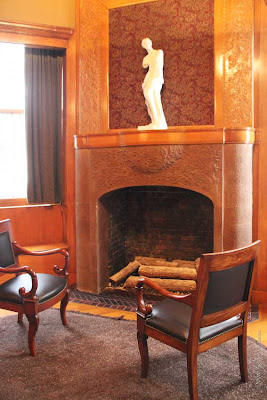 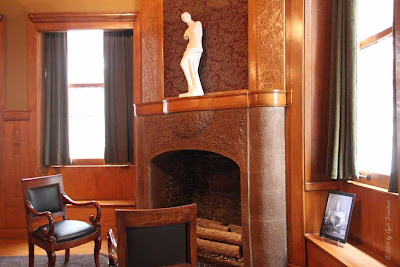 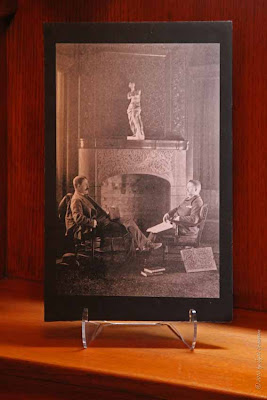 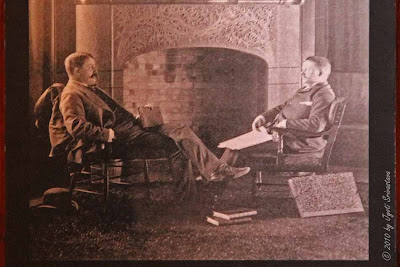 During the 1980's renovations, one important aspect of the recovery was Burnham & Roots former offices on the eleventh floor. The space has undergone many changes and suffered a great deal of abuse. The library was restored with meticulous attention to details, including the fireplace, wood panels, bookshelves and even custom-loomed rug to match the original. 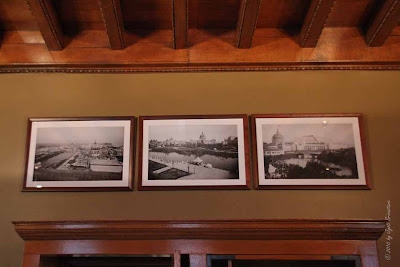 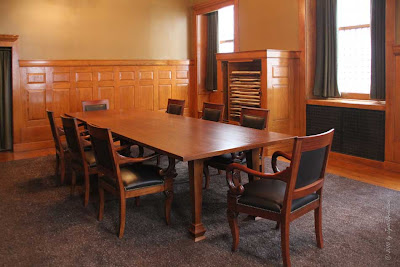 How did you manage to get into the library? I can rarely ever figure out how to even get up onto the second story. I'd love to see the library though.

Hey Caroline,
Thanks for visiting..
About getting there..
One of the things that money can buy and I can afford... It was a $10 CAF guided tour and it takes you to the library!

Interesting. I took that tour and the Docent didn't take us up there. A shame.

@ Caroline - Really???
In that case I should consider myself very lucky!

Many years ago, I worked for the locksmith that reeked the building after it was restored / renovated and got a personal tour by the chief engineer. It is an amazing room. So many little details that the average person would never see, that he showed me. Even the original door lock and keys are still used today. I'm glad to see pics of this beautiful historical room !!!

Download 16,000 Woodworking Plans & Projects
https://www.facebook.com/Woodworking-Projects-and-Plans-729966907189601/
Woodworking guide offers anyone of any skill level the ability to build amazing projects. The guide is extra helpful because it offers more detailed explanations, videos and blueprints then your typical woodworker magazine.