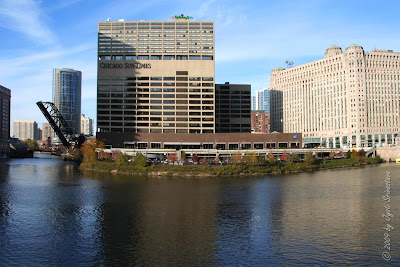 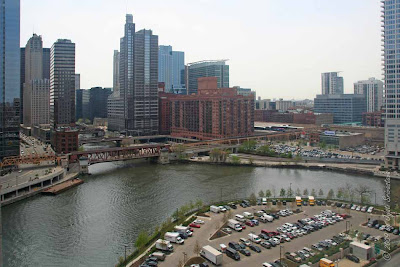 WOLF POINT ..
The piece of land jutted out into the river at the junction of the North Branch and the main stem of the Chicago River is called the Wolf Point. It's about 4 acres of land just west of Merchendise Mart ..

Wolf Point gets it's name from a tavern that existed here, with a sign of a wolf on a pole in front. Also "The Wolf" was a native American known to the early settlers ..

"In early days this elbow of land, formed by the junction of North and South branches of Chicago River, was the site of three taverns, Wolf Tavern, `Miller`s,` and the Sauganash."

The Wigwam, constructed on the same site nine years later, was home to the 1860 Republican National Convention. It was at this historic convention that Abraham Lincoln was nominated as the Republican candidate for president. His nomination and eventual election as the nation's 16th President triggered a series of dramatic events surrounding the abolition of slavery and the secession of several southern states, ultimately culminating in the Civil War. His powerful leadership skills are credited with having led the country successfully through perhaps its darkest time." 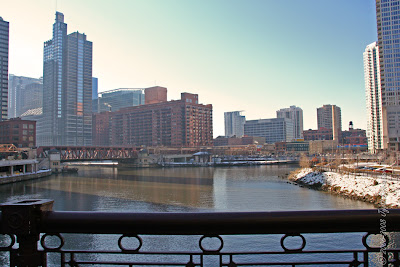