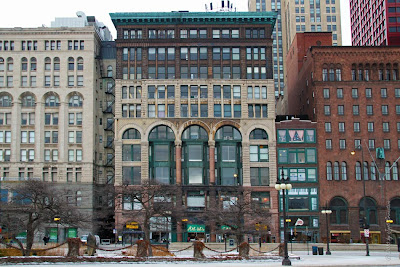 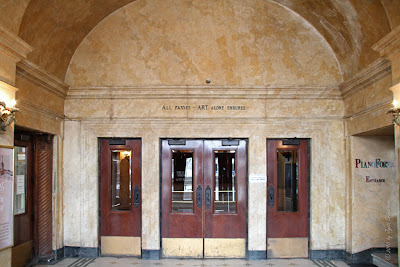 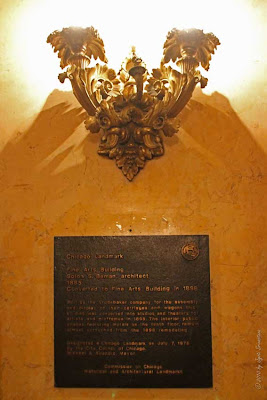 The plaque reads..
Chicago Landmark..
Fine Arts Building
Solon S. Beman, architect
1885
Converted to Fine Arts Building in 1898..
Built by the Studebaker company for the assembly and display of their carriages and wagons, this building was converted into studios and theaters for artists and craftsmen in 1898. The renovation involved adding three floors and designing an interior that would reflect the interests of the new tenants. The interior public spaces, including murals on the 10th floor, remain virtually untouched from the 1898 remodeling..
Designated a Chicago Landmark, on July 7, 1978..
by the City Council of Chicago
Michael A. Bilandic, Mayor
Commission on Chicago Historical and Architectural Landmarks.. 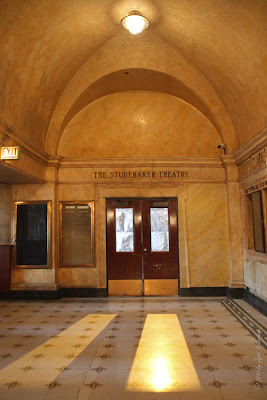 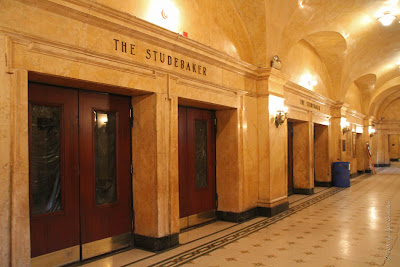 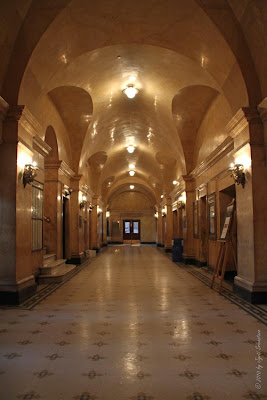 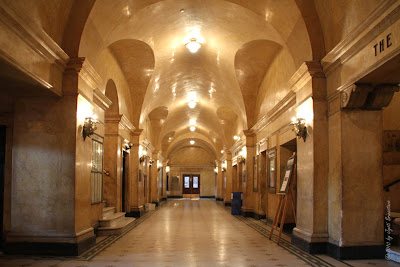 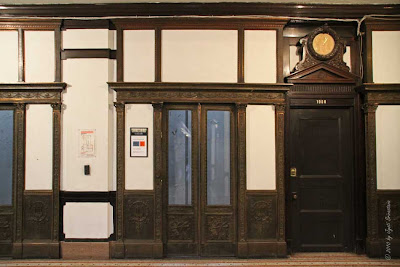 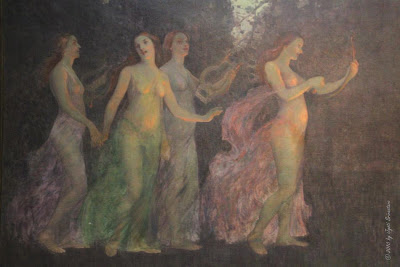 Tenth Floor.. These murals have not been touched since 1898.. 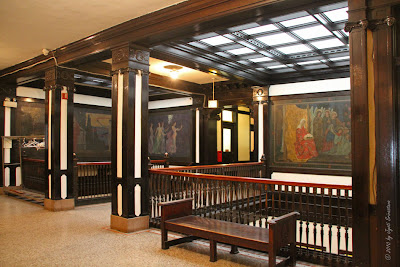 Murals on the tenth floor, not touched since 1898.. 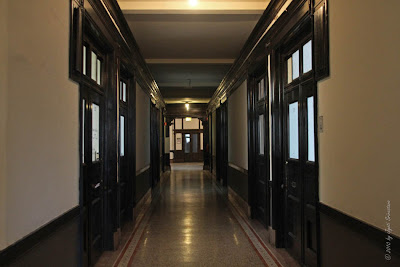 Corridor on the tenth floor.. 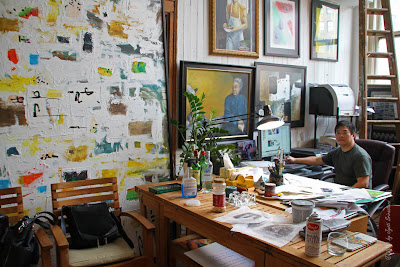 One of the Studio rooms on the tenth floor..
Meet Rich Lo.. 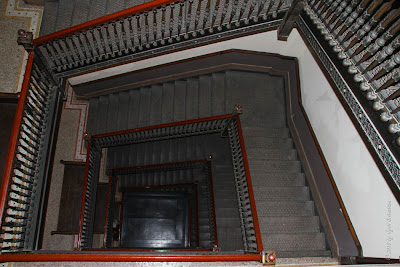