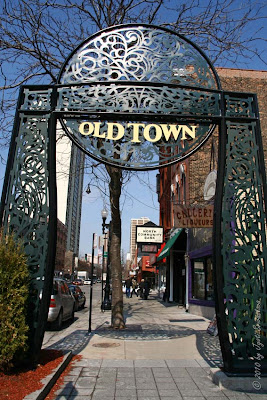 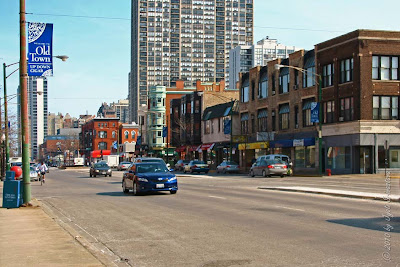 The Chicago Landmarks website informs.. click here..
This area was settled in the 1850s by German immigrants, whose community life centered around St. Michael's Church. Fire of 1871, however, destroyed all of the houses and most of the church. Small frame Worker's-style Cottages were built again, until a city ordinance was enacted that prohibited further wood construction. Brick and stone were then used to construct larger houses; the district's eastern portion was developed with rowhouses and apartment buildings. In the 1940s, a renewal of community concern brought about one of the nation's earliest neighborhood revitalization efforts, which helped preserve this area's narrow tree-lined streets and distinctive architectural character. 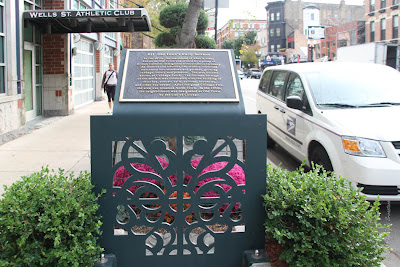 The marker reads..
Old Town's Early Settlers..
In the 1830s, the marshland of what is today known as Old Town was settled by a group of Roman Catholic immigrants from Southern Germany. As farmers and labourers, the settlers converted mainland into meadows and gardens, growing cabbage, celery and potatoes. The area became known as Cabbage Patch. The German heritage of the sttlers was celebrated with building of churches, concert halls, saloons, brewries and other businesses. After the Great Chicago Fire, the area was renamed North Town. In the 1950s, the neighborhood was designated as Old Town by the City of Chicago.. 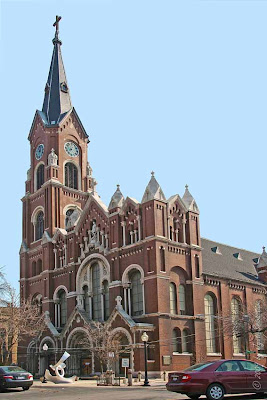 St. Michael's Church..
Completed: 1869
Architect: August Wallbaum..
Address: 1633 N Cleveland Avenue, Chicago, IL 60614..
St. Michael's Church is a Roman Catholic church.. The parish was founded to minister to the German Catholic immigrants in 1850's.. The church is one of 7 buildings to 'survive' the path of the Great Chicago Fire of 1871, although it was heavily damaged. While most of Old Chicago's infrastructure was made of wood, the church was made of brick which helped it survive the fire.. However, only portions of the building survived, like the stone. The church was quickly rebuilt within about two years..
# For more on St. Michael's Church.. click here.. 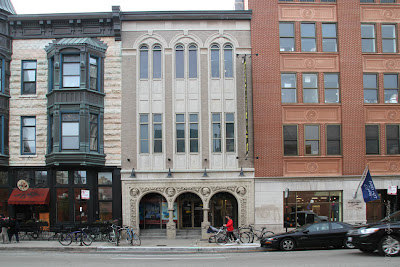 The Second City..
Address: 1616 N Wells St, Chicago, IL 60614..
The facade features portraits of famous Germans. It is the salvaged piece from the Garrick Theater [originally Schiller Theater at 64 W. Randolph Street, Chicago, IL 60601] which was torn down in 1960. There was a huge outcry to save the historic Garrick/Schiller theater built by Adler & Sullivan in 1891. A large portion of the facade, with portraits of famous Germans, was saved and was later incorporated into the entranceway of the Second City Theater.

In 1959, the first Second City show premiered at 1842 North Wells Street and moved to 1616 North Wells in 1967. It is famous for improvisational comedy, which originated here and later expanded to several other cities, including Toronto and Los Angeles.. In the mid-1970s, Second City became a source of cast members for Saturday Night Live and SCTV, which borrowed many of the writing and performing techniques pioneered by the Second City. 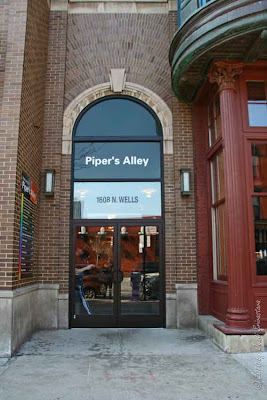 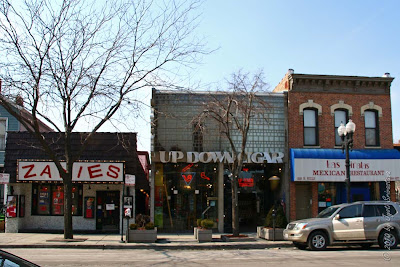 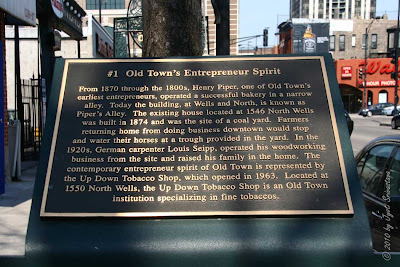 Old Town's Enterprenurial Spirit..
[Marker outside Up Down Tobacco reads..]
From 1870 through the 1800's, Henry Piper, one of Old Town's earliest entreprenuers, operated a successful bakery in a narrow alley. RToday the building, at Wells and North, is known as Piper's Alley. The existing house located at 1546 North Wells was built in 1874 an was the site of coal yard. Farmers returning house from doing business downtown would stop and water their horses at the trough provided in the yard. In the 1920's German carpenter Louis Seipp, operated his woodworking business from the site and raised his family in the house. The contemporary entreprenuer spirit of Old Town is represented by Up Down Tobacco Shop, which opened in 1963. Located at 1550 North Wells, the Up Down Tobacco Shop is an Old Town institution specializing in fine tobaccos. 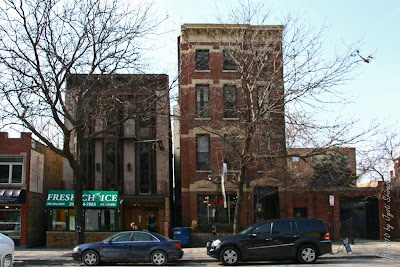 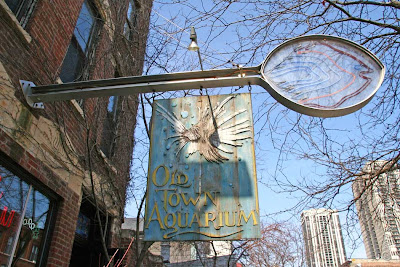 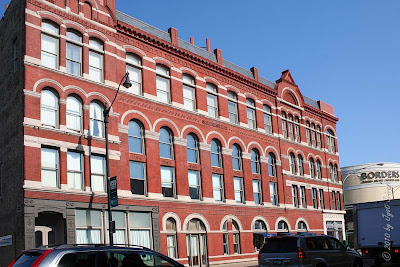 Yondorf Block and Hall..
Architect: Frederick Ahlschlager
Year Built: 1887
Address: 758 W. North Ave.
Date Designated a Chicago Landmark: July 25, 2001..
The Yondorf Block and Hall is an important example of a "public hall" building, in 19th-century Chicago that typically contained meeting rooms used by civic and fraternal organizations. The building is unusual in that it contains a rare surviving second-story theater that is virtually intact. The theater is used by Steppenwolf Theater. 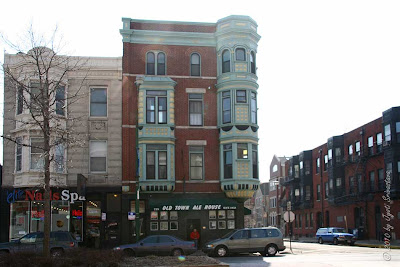 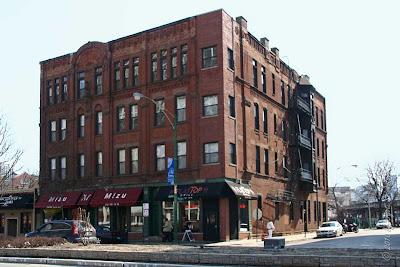 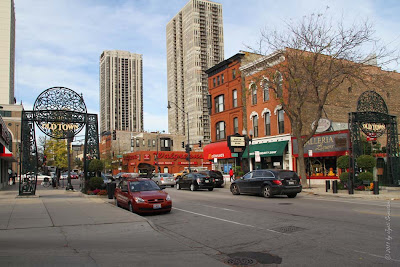 Old Town Gates..
Although I've seen several photographs of these gates, I could never find out any information on it.. When was they installed? Any significance? Any information is always welcome!

It is interesting to note that unlike most of Chicago's streets and alleys, those in Old Town do not adhere to a grid pattern. That's because these streets and alleys predate the Great Chicago Fire.
Posted by Jyoti at 11/24/2011 09:18:00 AM